All good things come to an end

I knew my eight-year-old Concord Sun-Xtender AGM batteries were approaching the end of their usefulness. They had been taking a lot longer to reach float and they were reading around 12.5V before sunrise instead of their usual 12.7V. The shorter days of winter are approaching, making getting through the days more challenging. Then, when I woke up in the middle of the night a few days ago, the voltmeter read 12.1V, with the fridge cycled on. Not good, even though it returned to 12.5 when the fridge cycled off. Time for new batteries.

I briefly considered LiFePo like all the cool kids but, besides the higher price, there would be the hassle of reprogramming my solar controller. So I'd go the easy way and get AGMs again. Sun-Xtenders like mine are about $340 each. Mmmmmm, seven-hundred bucks would be a tough bullet to bite right now. So I decided to go with a couple of Universal brand at half the price. If I get only half the life out of them, I'll still break even. 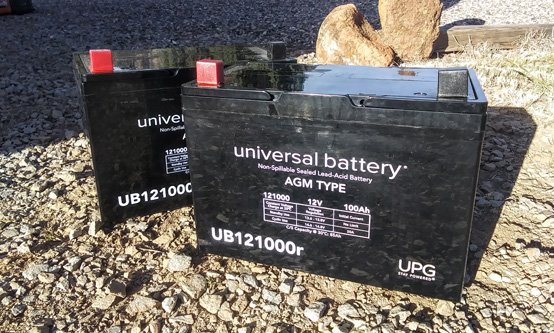 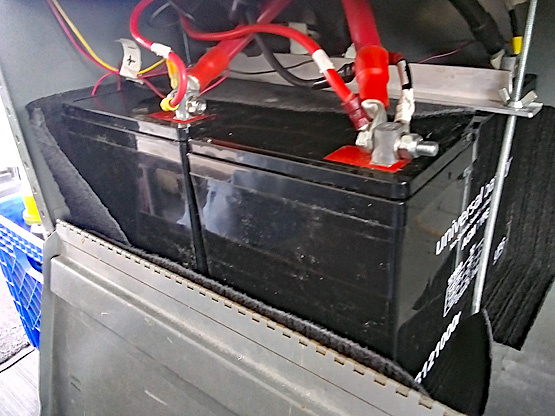 All installed and running fine
UPDATE: If one night is an indicator, things are fine with the new batteries. They held at 13.0V most of the night, dropping to 12.9V just before sunrise.
4 comments:

I went to Gila Cliff Dwellings in the spring of 2014. It was the first time I’d ever been up close and personal with any cliff dwelling. Since it’s only about 40 miles up the road from Lou’s place, and since I was feeling antsy, I returned there today.

It’s a nice drive, rolling calmly through valleys and over forested passes. It being midweek, there was scarce traffic. No hunters or bicyclists, only a handful of tourists (like me) and a brief delay because of road resurfacing.

I had missed peak autumn leaf season. The few trees that still had leaves were mostly brown. Oh well.

As I said, my previous visit had been my first time at a cliff dwelling, and this visit also featured a first for me: I had never seen javelinas in the wild before. A group of them were foraging along the river, at the trailhead. Cool.

I had learned on my first visit that the trail to the ruins follows the creek up the canyon—a mild uphill walk—then rises steeply. Yow! But the “exit” route, while slightly longer, is a more gradual incline. So I was a bad boy today and took the exit trail up. No crowds, so no problem. 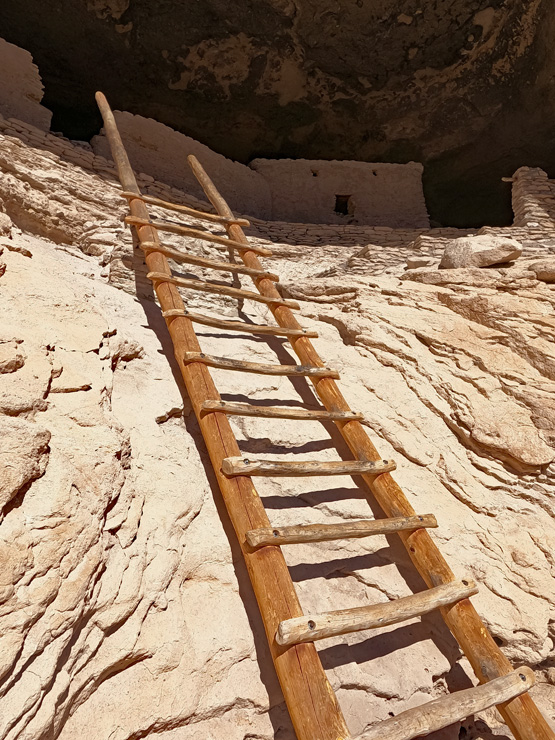 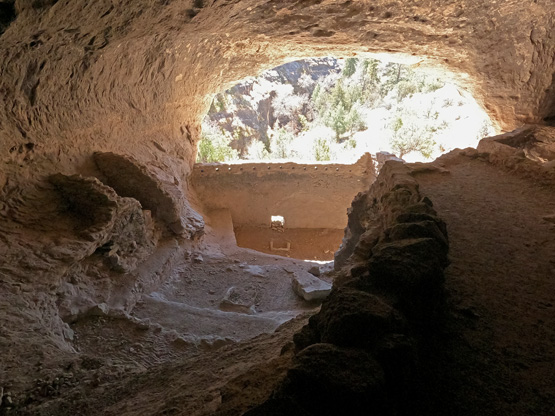 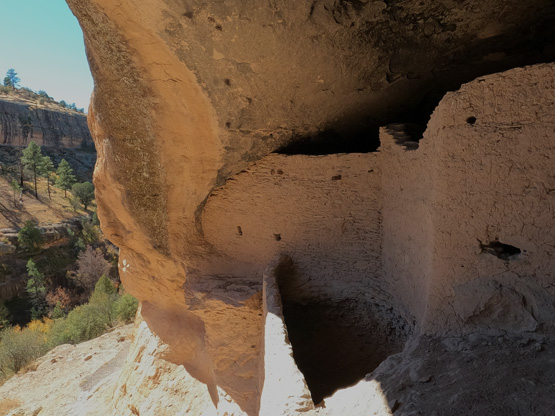 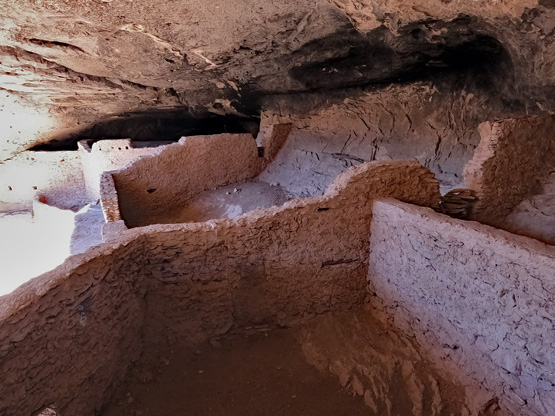 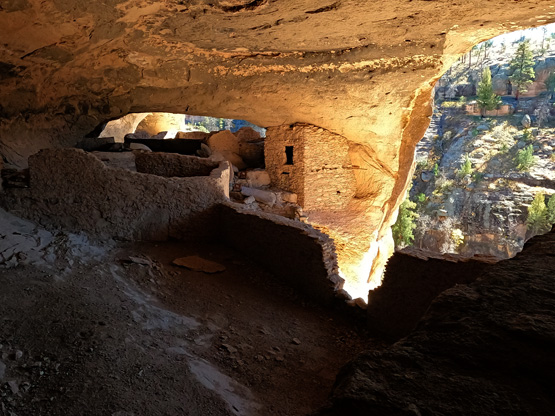 There was a bit a good news as I returned though Silver City. The half mile of US-180 between Ace Hardware and Albertson's has been under construction since forever. All they were doing was adding a median, installing curb & gutter, and moving the traffic light from the west Walmart entrance to the east entrance. Well, all the lanes are now open and it’s just a matter of painting the stripes and hauling away the traffic cones. Hallelujah! Until they mess up some other street. Good thing there are always the mountains and deserts I can escape to.
4 comments:

No matter where you go, there you (and all your stuff) are

It was another of those days where I made a last moment change of plans on the way to Silver City. Not only would I pick up some supplies, as usual, but I could also do my laundry, even though my dirty clothes bag wasn’t crammed full yet. Oooo, and since laundry would keep me in town until lunch, I could get a carnitas burrito (with lots of guac and salsa verde) at Fidencio’s!

This is one of the advantages of living in a vehicle. I didn’t have to go back “home” for my laundry. It was right in the back—along with everything else I own. If lived in a travel trailer that I had set up and was now out and about in the tow vehicle, or if I lived in a large RV and I was now driving the tow’d, I wouldn’t have my laundry with me unless I had planned it. I’m too impulsive for, ick, planning. But I do plan to keep living the vehicle dweller life. 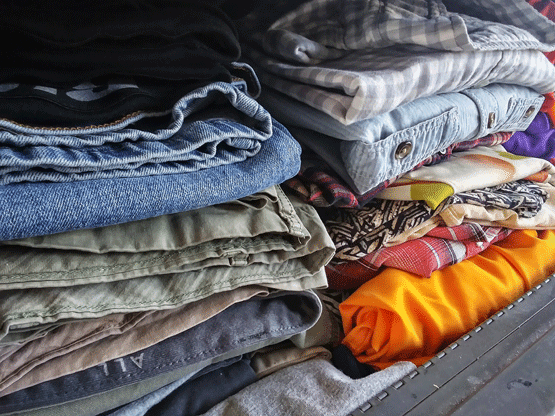 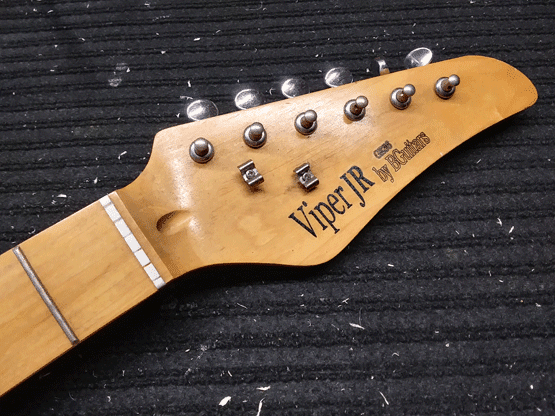 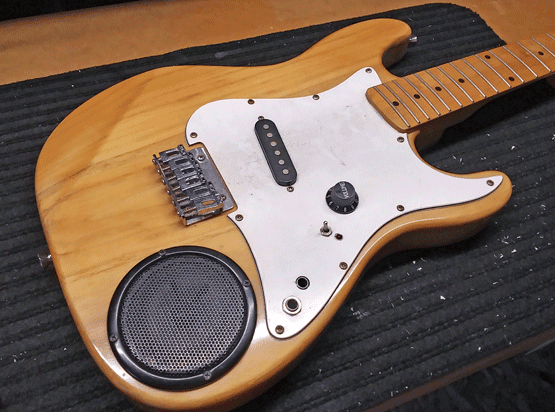 I had such a good time modifying one guitar that I decided to do another. This one started out as a scaled down kids’ guitar with a built in speaker. It was weirdly cool and only $35. I had to get it.

I left the body alone even though it had some dings and scratches. The cool dudes call it “relicing” and pay a lot to have the wear simulated. Instead, I focused on getting the fretboard in proper condition. That’s actually the most important part of a guitar. I also added a second pickup, upgraded all the hardware, and got the speaker working again. 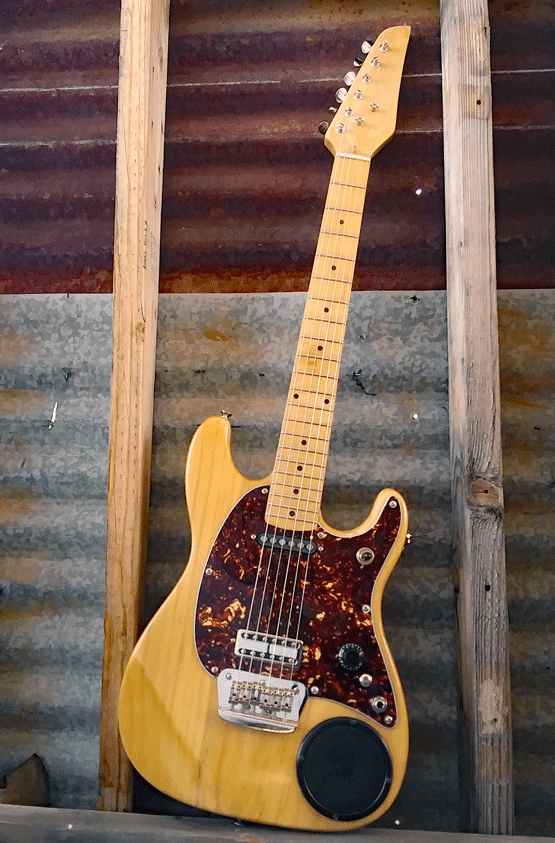 That last part was the most daunting to me. I don’t have much experience with electronics, especially the kind that involves circuitboards. But with the help of four reference sources and Lou’s advice, it worked! The first time! 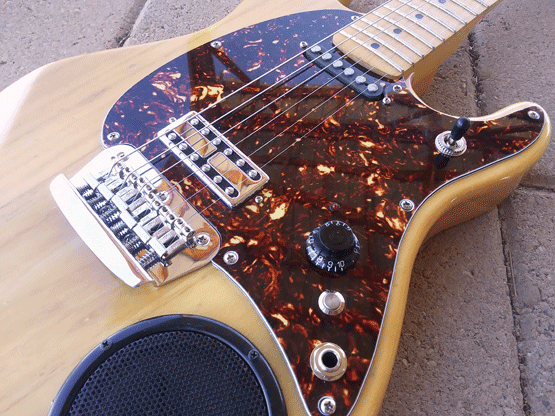 As expected, the little speaker sounds anemic, but if I want to practice playing and don’t have a proper amp to plug into, it’s just fine. And I could plug headphones into it if I wanted better sound.

Now what am I going to do with two guitars?

Do you know the way to San José del Cabo?

A Facebook nomadic friend posted about her preparations for wintering in Mexico. Among other things, she showed a Benchmark atlas of Baja California. 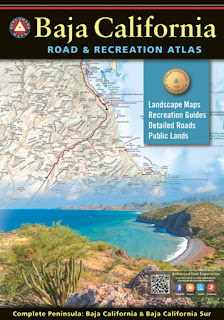 Whoa. I have Benchmark atlases for all the states in the western US, but I didn’t know they offered one for Baja. It would’ve been very handy on my past trips there.

I rushed to Benchmark’s site and discovered, ah-ha, the Baja atlas is brand new. First Edition. So I ordered it.

I don’t know when I’ll be able to go to Baja again, but I’ll be better prepared when I do. Vaya con mapas.

This morning I came across an online collection of building inspectors’ photos. Crumbling foundations, rotting timbers, collapsing walls, janky “repairs” and so on. It whooshed me back to my homeowner days—which are times I’d rather not relive.

(My house wasn’t as bad as these photos, but I felt that bad.) 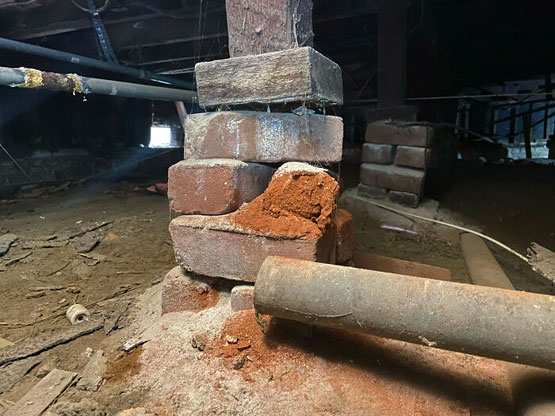 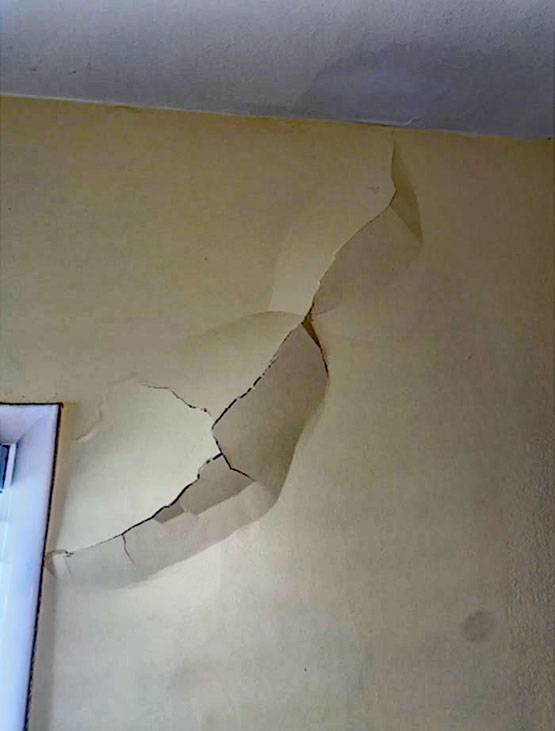 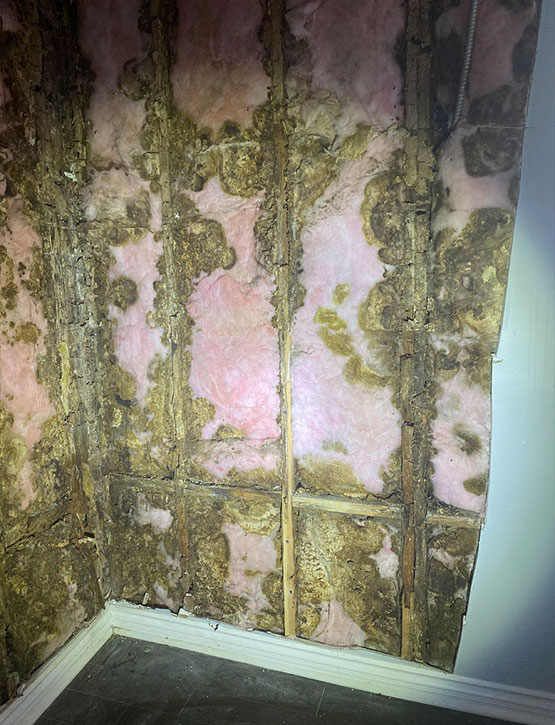 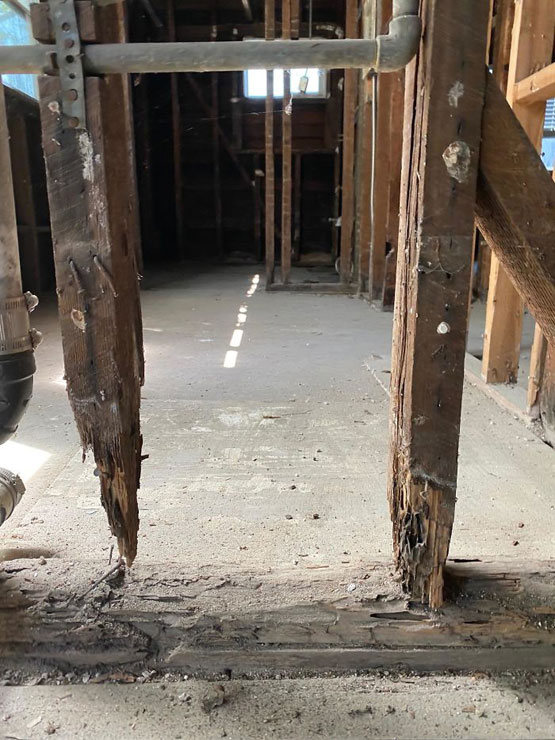 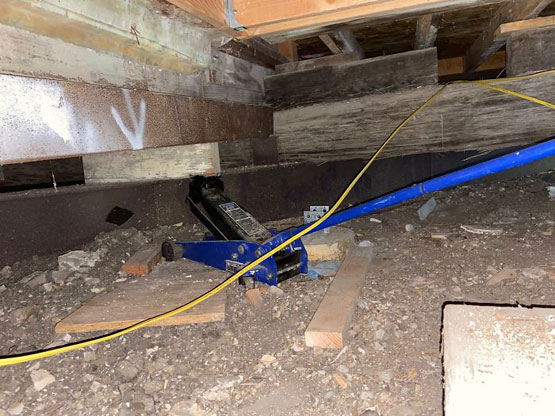 For most people, home ownership is a great thing, the foundation of The American Dream® (cue the patriotic music and Norman Rockwell illustrations). But for me, that foundation was cracked and leaking—both literally and metaphorically. The Dream had turned into one of those annoying, endless loop, mental short circuitings I have when I’m ill. A constant low-grade nightmare. Mixed with depression. I wanted out. Way out. Out of the house, out of the region, out of the lifestyle, out of my corrosive lethargy.

It has been one of the best major decisions I’ve ever made.

At one end of the vehicle-living scale you have those who worry about overloading their rigs but are far from exceeding load capacity. At the other end are those whose rolling homes are so overloaded the springs have bottomed out and driving is, oh, an “interesting” experience.

Diligent nomads can find public scales and weigh their loads, then weigh their options. But that’s not always convenient.

Now the big brains at Ford have come up with a clever solution. The taillights on their new pickup trucks are wired to weight sensors. Four small lights built into the lenses indicate how heavily—or lightly—the truck is loaded.

Smart taillamps operate like the battery charge indicator on a mobile phone, displaying the percentage of payload capacity by illuminating LEDs arranged in a built-in vertical bar. As the truck is loaded, all four lights illuminate, showing it’s fully loaded. If the truck is overloaded, the top lights blink. The maximum payload based on the pickup’s configuration is programmed into the system.

Someday in the future, when sensors like this become common, there might be more than a few nomads alarmed to learn that, just as in death, they can’t take it all with them. At least not in that vehicle.

It’s that time again when the weather becomes erratic. Therefore so do I.

I think we had bits of all four seasons today. Several times over. We might even have had some weather beamed in from another dimension. Or two.

This is why I dislike early fall and early spring. They get my hopes up then dash them. Over and over, until  the more mature, more stable winter and summer shove them aside. 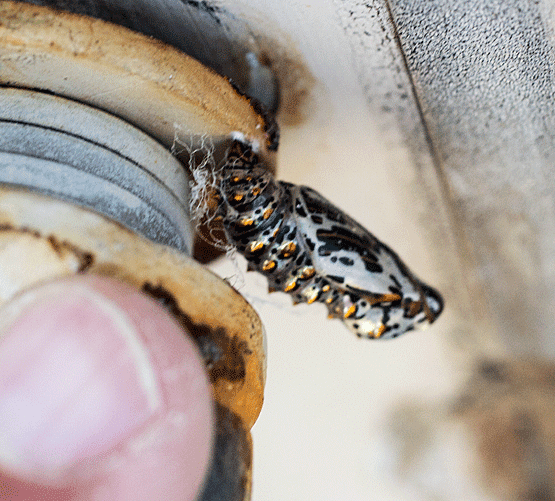 I discovered this tiny chrysalis attached to the latch on Lou’s shipping container/shop. I searched the web to find out what kind it is. I found other photos but they didn’t have any info about the species, because it was on Pinterest where the only real concern is that it’s pretty.

So, which Sonoran Desert butterfly is this likely to be? Any lepidopterists out there?

Wherein I get into the bracket racket

My friend, The Other Alan, posted photos on Instagram showing how six of his eight roof rack brackets had broken and how he had done a temporary fix with zip ties and bungee cords. He was trying to figure out who the manufacturer had been so he could get new parts. 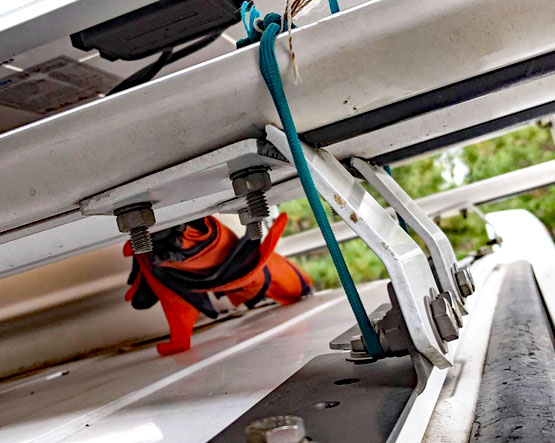 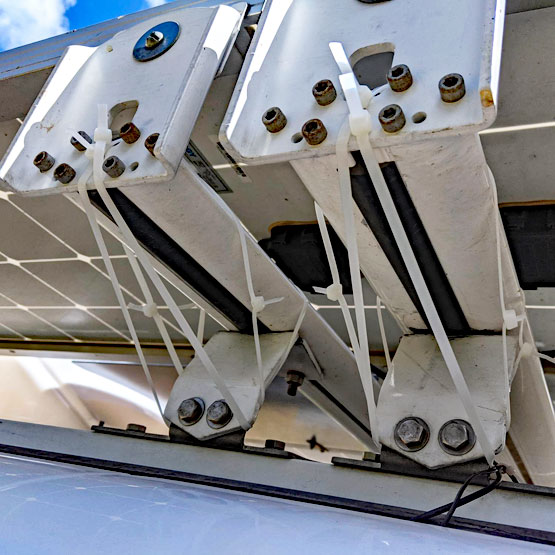 Since he was about four hours away I suggested he come here so we could make some more effective repairs. ‘Cause we got a shop and tools and stuff.

After studying his photos and getting some measurements from him I picked up a four-foot aluminum bar at the hardware store yesterday.

I used one of his unbroken brackets as a guide for where to drill holes as well as where and how much to bend the pieces of bar. I hadn’t done anything like this before, but it seemed within my skill set. I was a little surprised when my first bracket reinforcement gizmo actually fit. 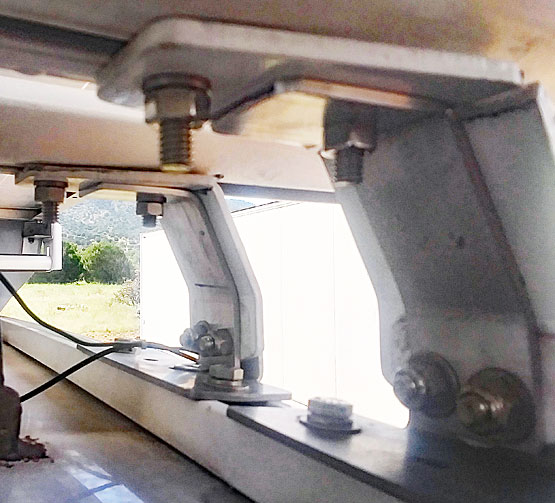 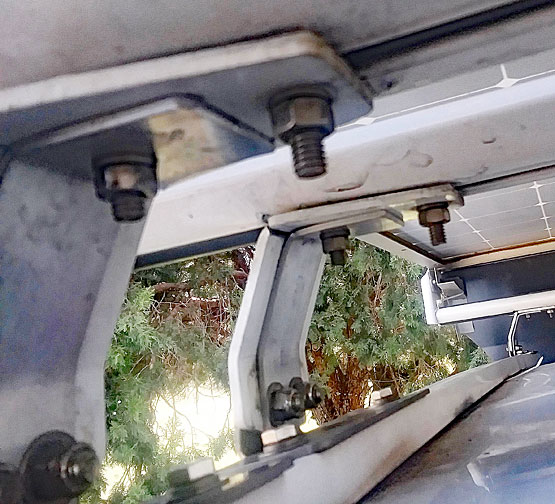 Then I went into mass production mode, cutting five more pieces, stacking them together to drill all the holes at once using the press, then bending them in the vise while clamped next to the master bracket. Not as fancy as shops with 3D scanners, CAD software, plasma or water jet cutters or other high tech stuff. But you can’t beat my no-fee fee.

Start to finish was about three hours, with a 20-minute rain delay in the middle of things. It would’ve been much quicker if I had TIG welding skills and equipment. Sometimes I wish someone had taken me aside in high school and said, “You like creating things, right? Sure, graphic design is one way to go, but if you were to become a welder you could make things out of metal.” Ah, the road not taken.