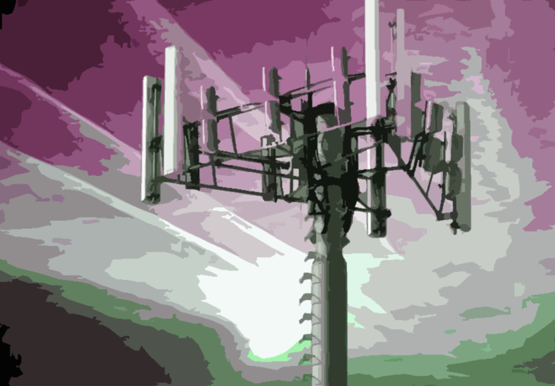 Last night I was streaming a video about Express van repairs when it stopped. When that happens, and the circle thing spins for a couple of seconds, videos will start back up. Not this time. I waited and waited…

I looked to see if the battery in my mobile hot spot was still charged. Yup. But whereas I’d had three bars of 4G signal before I now had two bars of 1X. Hmmmm. The same with my phone. And then, as I watched, its signal dropped to none. Hmmmm. The hot spot briefly showed one bar of 3G then joined the phone in the land of no signal.

Well crap. So I returned to the old off-line world and read an actual book.

I checked back on the signal situation a couple of hours later. Still nothing. I figured there was a problem at the tower. Or maybe it was an aftereffect from the Geminid meteor shower. Or flying monkeys. Or the dirty work of Dr. Watts & the Ampere of Evil. Whatever. It was late, so I went to sleep.

I woke at about 2:30 (which is typical for me) and, after clearing the crud from my eyes, checked the signal. Still nothing. I contemplated moving my camp if this was going to be a continuing problem.

I woke again at about 4:30 (also typical for me) and rechecked the signal. I had one bar of 4G and a message from Verizon welcoming me to Mexico. Well, yeah, I’m about seven miles from the border, but there are cell towers between there and my California location. Oh well. I don’t get charged extra for international roaming.

Things were back to normal at sunrise. Yay technology (he said semi-sarcastically).