But then I realized the portions called for in the instructions added up to more than my pot could hold. Even the leftovers would be too much for any of my containers. I would have to do some arithmetic to cut the size.

I could hear some former teacher chuckling smugly, “See, you will have to know how to convert ounces to cups, and decimals to fractions.”

I replied, “I have apps to do that for me, neener neener neener.” I had to guess on the dry mix, though. Better to add too much than too little. Thick soup is good. 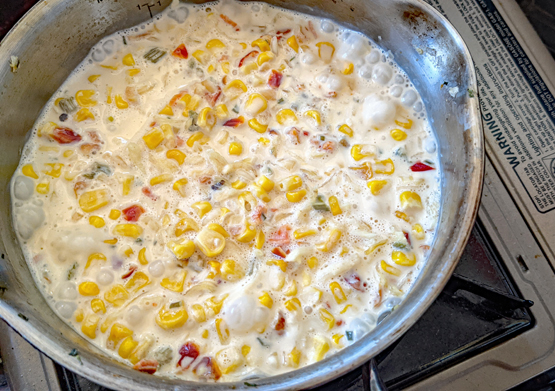 The instructions failed to mention salt. I’m not a huge salt user, but this chowder really needed it, especially since I had used low-sodium broth. It needed pepper, too. But it was still the perfect lunch for a chilly day.