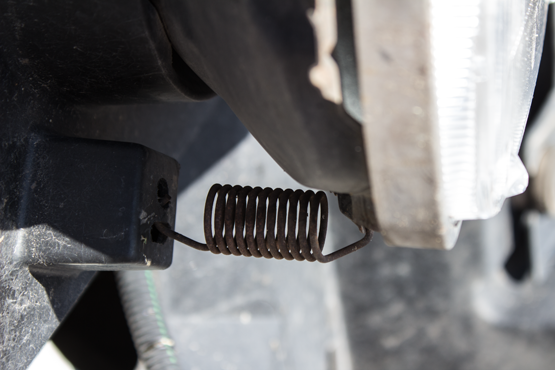 The headlight buckets on the Rolling Steel Tent are each held in place by two aiming screws and a spring. Sometime a few years ago, one of the springs went missing. It was because of a budget-cutting design flaw. One end of the spring hooks into a plastic piece, and that piece eventually breaks. 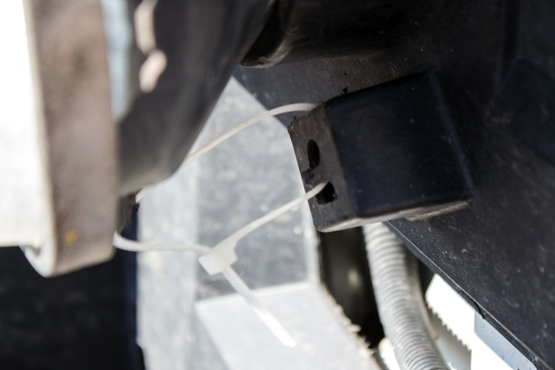 I rigged a repair using a zip tie. It worked fine until the zip tie got dry and brittle and broke. So I replaced it with a thicker zip tie. That one broke recently after about three years of faithful duty, so it was replacement time again. I had meant to get some bailing wire after the last time, but, of course, I forgot.

While I was at it, I figured I’d replace one of the headlights. It still worked even though there was a small hole in it, but who knows how long that would be the case. 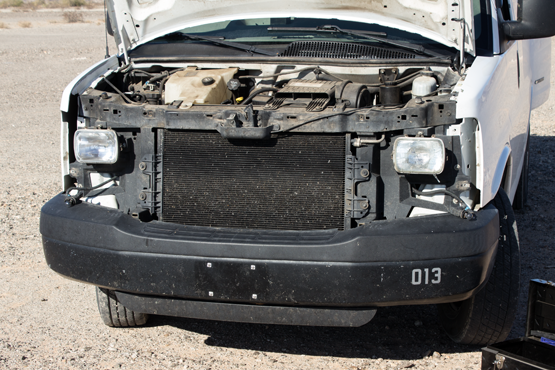 These two jobs would be easier if I removed the grille first. I had never done that before and it turned out to be rather simple. Undo four screws and yank the clips out of their slots.

(Hmmmm… I like the GMC grille better. I wonder if I could find one cheap at a salvage yard. It should attach the same way. And I like to confuse people.)