Here’s a tip if you want to boondock near Zion National Park and also escape the heat and see some incredible views. From the village of Virgin, drive up Kolob Terrace Road, through a couple of corners of Zion National Park, to the end at Kolob Reservoir.

There’s free dry camping along the shore. You won’t be alone, but they’re mostly quiet anglers. The water was low when I was there, creating more room for camping.

After a peaceful night I was heading back to civilization and a cell signal when I decided to pull into one of the trailheads. I hadn’t researched these trails but I knew most of them were of the more serious type, some requiring rappelling and wading, along with more strength and endurance than a 69-year-old novice like me.

But I decided to walk a little way to learn what the deal was and flex my legs. The path was easy and mostly flat for the first half mile of lightly wooded terrain. I turned around when the trail dropped into a gorge. Back at the trailhead, people who looked like models in Outdoor magazine were loading packs with ropes and wetsuits. Yeah, not my thing. Besides, I learned later I should’ve had a permit. 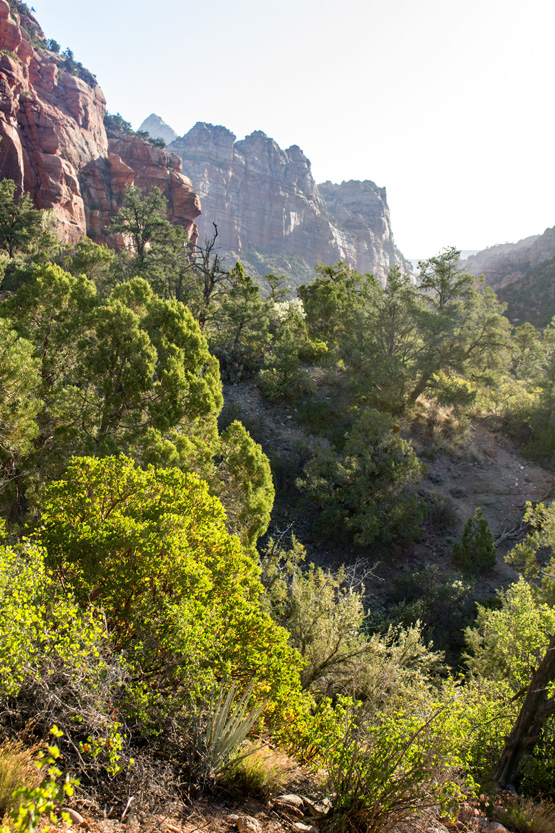