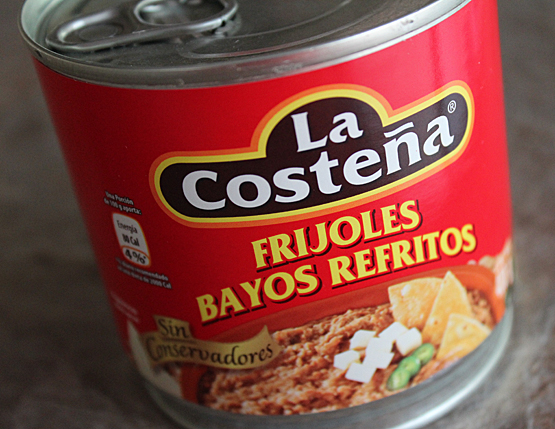 How do Mexican canned refried beans compare to the ones we can get in the US? There was a whole shelf of La Costeña brand, so I took that to mean they're popular and satisfy a sufficient percentage of natives. And the gold ribbon says they're free of preservatives. 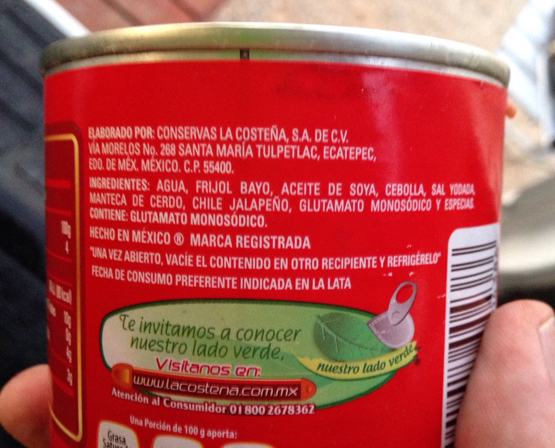 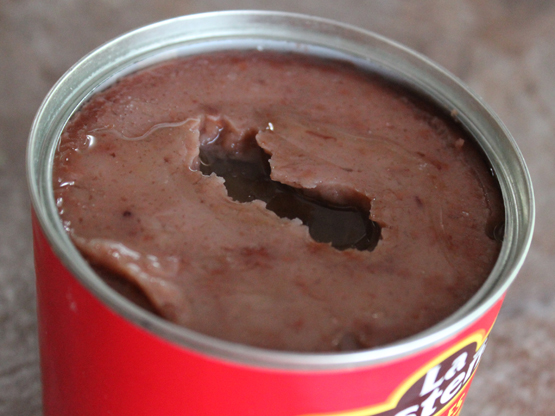 Canned refritos, no matter who makes them, never look that appetizing. Sort of like dog food. With a puddle of lard. Mmmm, lard! 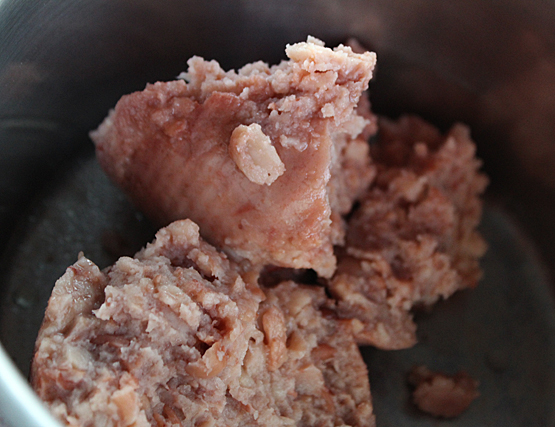 They don't look much better out of the can. But heat them up and they start to look familiar. I'm glad they aren't the runny variety. I added some chunks of chicken for a one-pot dinner. 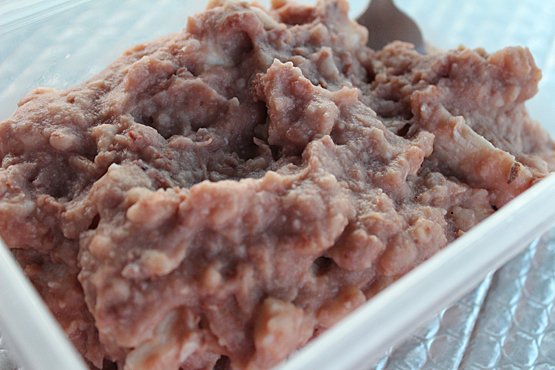 The verdict? Perfectly okay. A wee bit bland, though, for my tastes. I'm talking about flavor, not spiciness. A pinch more salt would have helped. They'll usually be a side dish to something more flavorful, so they serve their purpose as they are. I'd have them again.