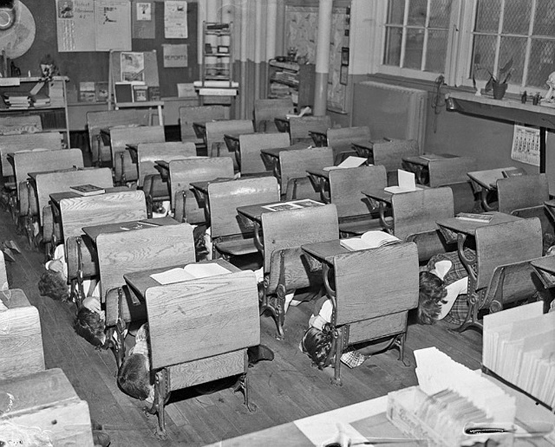 I was a kid during the Cold War. We lived in fear of The Bomb. We could all die at any moment—especially since we lived in the suburbs of the prime target: Washington DC. During the Cuban Missile Crisis we had (useless) air raid drills every day. Sometimes twice a day. It was a hell of a way to grow up.

How did any of us who lived through that period come out sane? (Are we sane?)

A few years later (because The Big One hadn’t dropped and I wasn’t dead) I read about the aftermath of the destruction of Hiroshima and Nagasaki, and about how the current nuclear weapons were much more powerful. I decided if the sirens ever blew I wouldn’t run for shelter. I’d step outside and hope to be vaporized, because I wouldn’t want to live in the world that would be left.

When I found out the other day there were tours of a decommissioned Titan II missile silo outside Tucson, I thought it would be “fun” to dredge up old anxieties and revisit the concept of mutually-assured destruction. Yay, peace (or at least a stalemate) through nuclear deterrence.

I didn’t freak out. 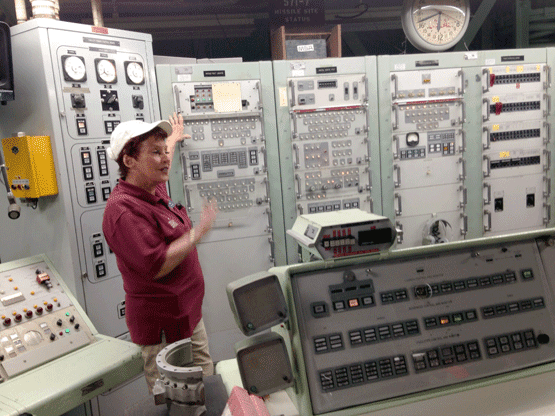 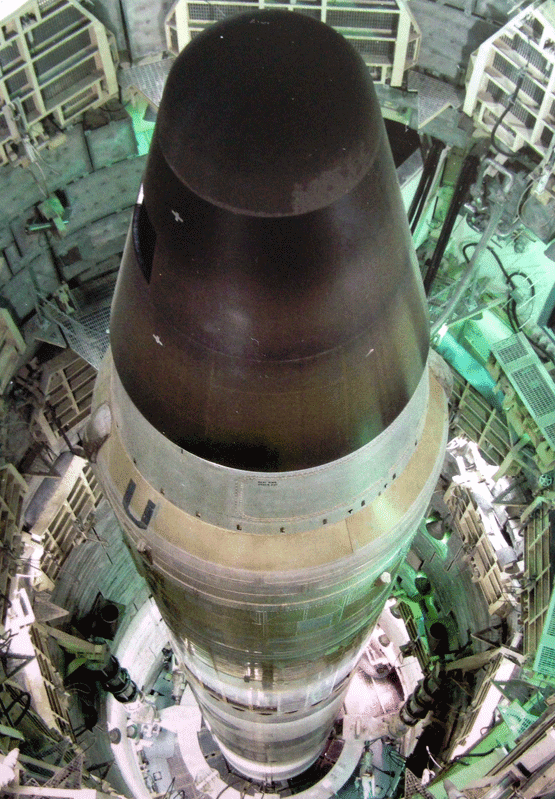 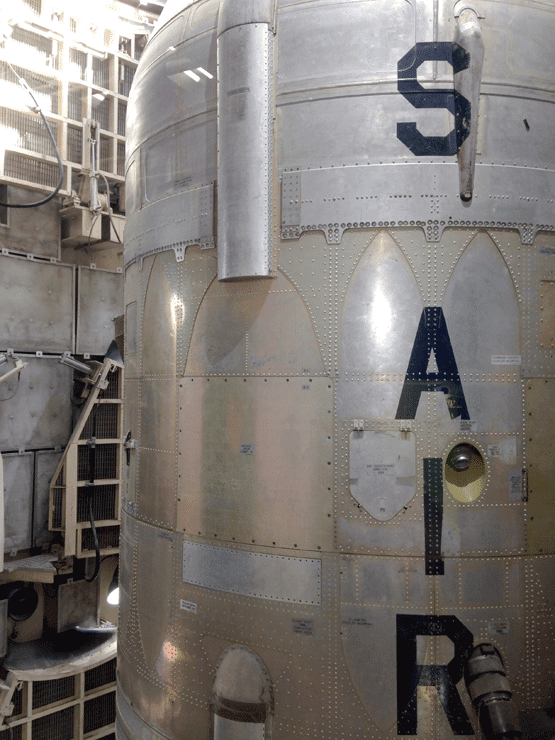 The rocket was smaller than I had imagined from photos. And it seemed odd they painted US Air Force on the side. Was there any chance of confusion whose missile was in the silo? Did they imagine the Soviets would be able to read the incoming rocket and know who was about to obliterate them? “Oh, that’s good to know. We wouldn’t want to blame the wrong country or branch of military.”

The actual warhead was also much smaller than I had imagined. About the size of a kitchen wastebasket, but powerful enough to instantly kill everything within a 35-mile radius. Even kids hunched under their desks.