Al is in the (former) house!

I’ve stayed at The Slabs a few times, although all the actual slabs were already taken and I had to settle for dirt.

I’ve stayed a couple of times at The Pads, outside Death Valley. Once when there was only one other person there, and once when it seemed everyone was there.

Now I’m camped on the back side of the old open pit mine in Ajo, Arizona. I’ve been here, oh, at least a half dozen times before, but this is the first time I approached the area from the city instead of via Darby Well Road just south of town. This route gave me a wide view of the boondocking areas as I came down the hill. I could easily see which spots were vacant. And I saw something I had missed before: the slab of a long-gone building atop a rise. Someplace smooth and level with far less dirt? Yeah, I could go for that. 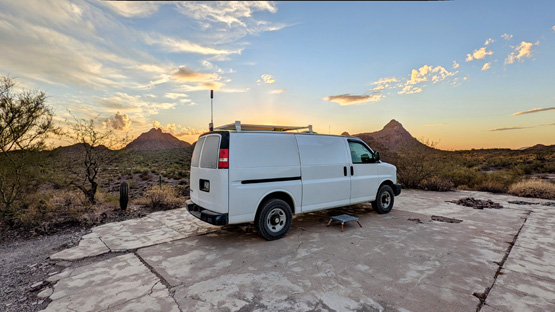 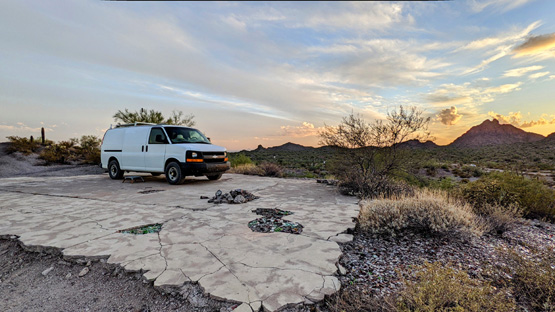 Since slab and pad were already taken, what could I call this place? Hmmmm. Oh, I know: The Patio.