A Valentines Day present to myself 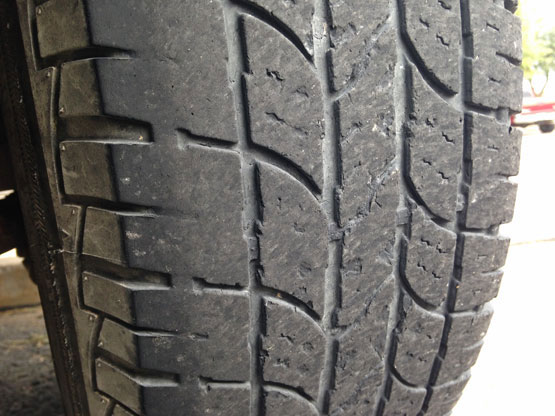 As you can see in the picture above, misalignment of the steering had caused one side of my tires to wear much more than the other. There was too much toe out—the front of the wheels pointing away from each other. In a rear-drive vehicle, there should be just a hair of toe in, because the wheels want to push away from each other when you drive. I had the alignment corrected last week.

Besides the uneven wear, the tread was getting rather thin. And the tires weren’t truly round, which caused vibrations similar to a slightly unbalanced tire.

After researching the hell out of it, I decided to get Cooper Adventurer H/T tires. They seemed to be the best compromise of several factors. Pep Boys was having a special on them, so I drove from the California desert into Yuma this morning, thinking I’d have to make an appointment and return another day. But they were just finishing up on another vehicle and could take me right after that. Excellent. A little less than an hour later I had a all new rubber and lots of even tread depth. 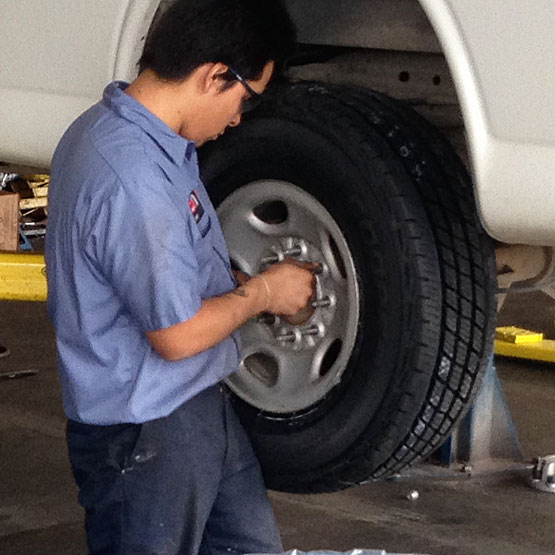 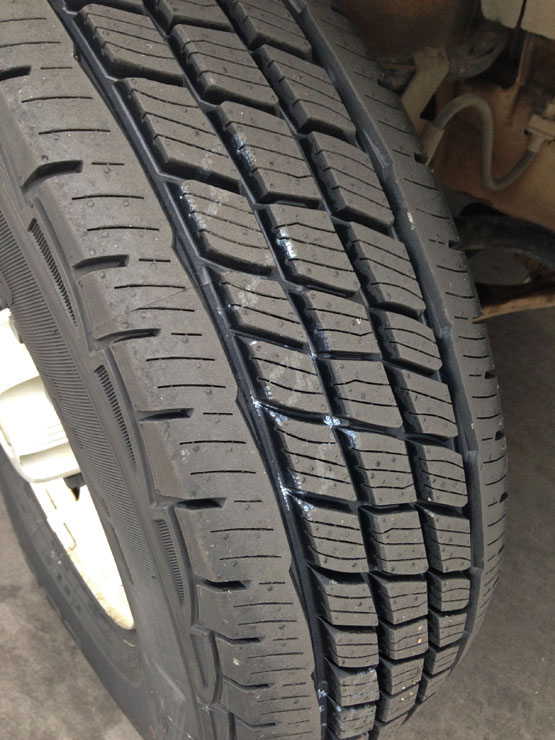