There were some chilly nights a few weeks ago, so I broke out my Mr. Heater Portable Buddy to warm things up. On about the third night I noticed small bursts of yellow sparks shooting between the pilot and the thermocouple. Um, okay? I thought some dust or bugs might be falling into the flame. It sparkled a little longer and then, pffft, the pilot went out. The ceramic plate kept pumping along as it should. I tried to relight the pilot. No luck. I figured the thermocouple had burned up. Maybe.

Oh well, the heater was five years old. Maybe that's all I should expect from it. I went online to shop for a new one. Yow! I'd forgotten how expensive they were. But then I saw I could get a replacement pilot assembly. So I did. 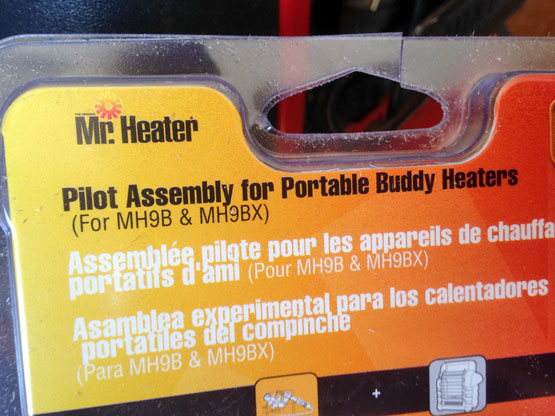 I was one of those kids who took things apart to figure out how they worked. I had no instructions. Sometimes I lucked out and actually fixed something. Mostly I just broke things. But along the way I developed a sense for how things are built. Or unbuilt.

The Portable Buddy seems to have been constructed starting with the pilot assembly and working outward, because I had to pretty much disassemble the heater in order to get to it. I attempted the repair as soon as the part arrived, but I discovered I didn't have wrenches small enough for the propane line couplings. So I reassembled the heater and waited until I got to Lou's place (where I am now). I knew he had some small wrenches. Besides, it had warmed up by the time the part arrived, so I was in no hurry.

Even though I'd disassembled and reassembled the heater before, it was still a hassle. 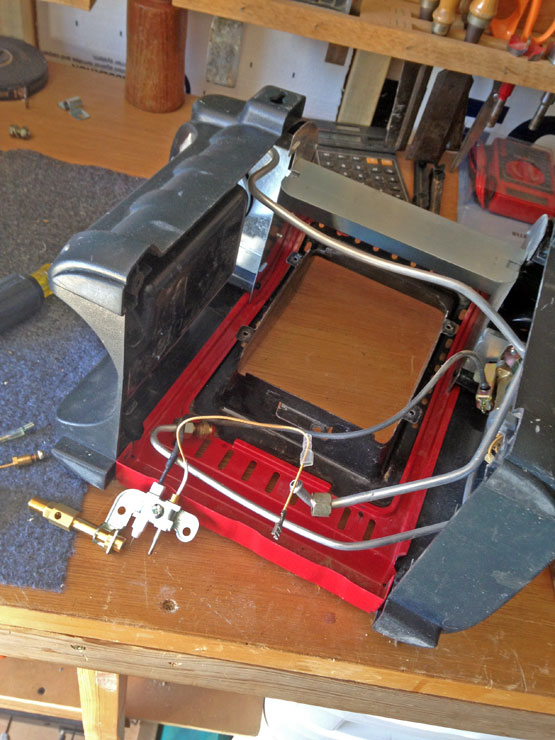 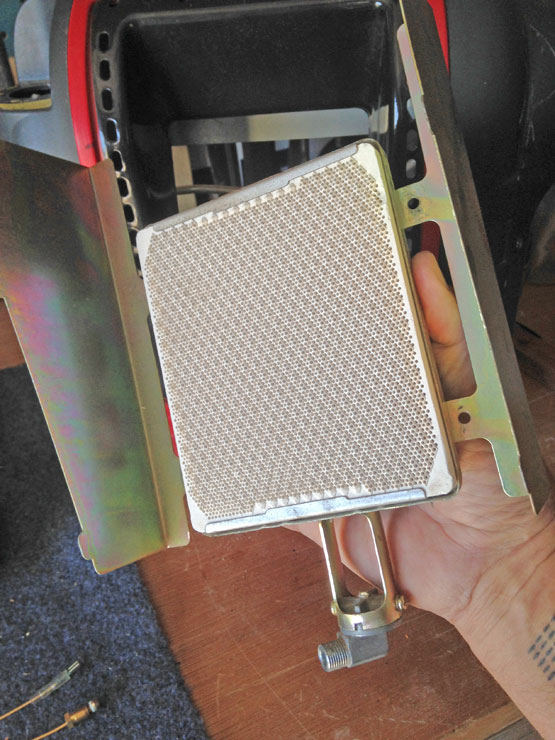 This needed to be wrestled out, then back in 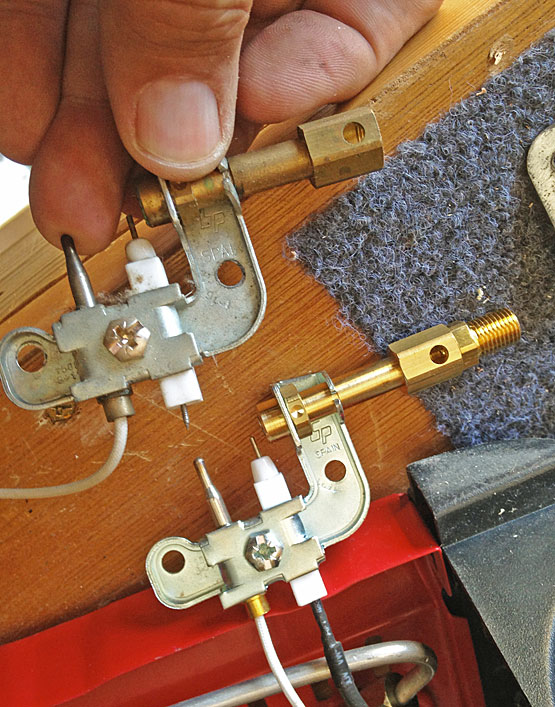 Some of you might be thinking, "But you probably didn't need a new pilot assembly. The pilot tube was just clogged." I know. Been there, done that. The old pilot was clean when I removed it.

Oh, and just like when I was a kid, there was a part from the kit left over. But there was no old version of it anywhere on the heater. Since the kit is for two models of Portable Buddies, I suspect it's for the other one, or the Massachusetts/Canada model. Mine is working fine without it. And I don't need it right now. 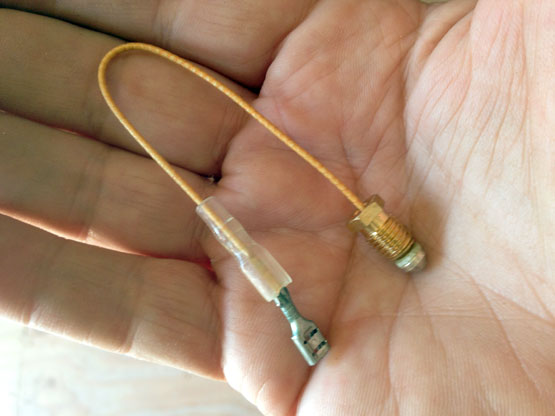 Do you need one of these?