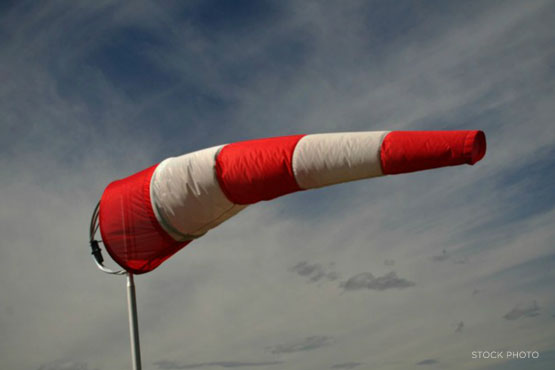 However you measure it, the effect on the Rolling Steel Tent was the same. But not exactly the same as other times I’ve had to cope with strong sidewinds. Today the wind strength was fairly constant. A steady push rather than a horizontal rollercoaster of lulls and gusts blowing me all over the highway. So it wasn’t all that bad. I just held firmly to the wheel, steering slightly left for an hour and a half.

Earlier, I’d been driving north, with a tailwind. That’s good for fuel mileage, but it makes for more erratic driving as the wind keeps changing its mind about which side of the van it wants to slip around.

We were supposed to have flying cars and rocket belts by now. I’d settle for all highways being encased in clear windproof tunnels.