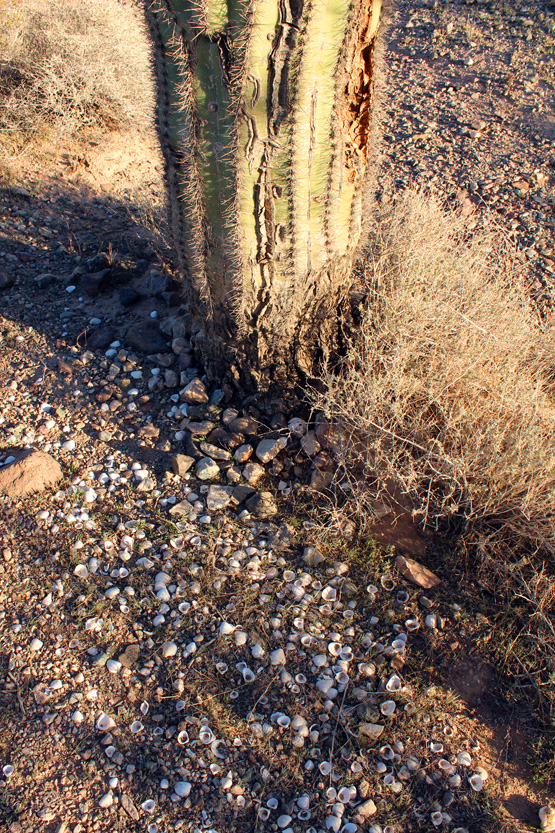 Hundreds of small shells are scattered at the base of a saguaro in the middle of the Sonoran Desert. How did they get there? 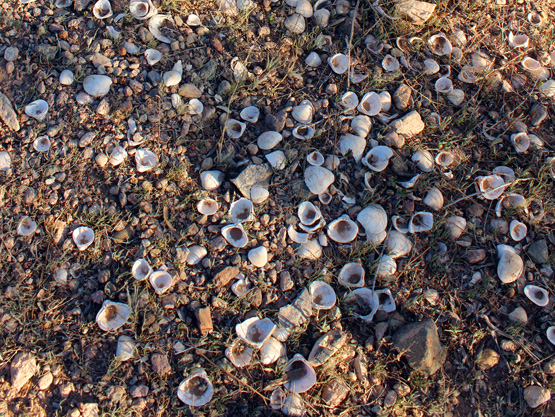 Were they left by a human or other animal? If the latter, where did they get them? Are they freshwater bivalves or salt water? I suppose the Colorado River is the closest fresh water. The nearest salt water is the Sea of Cortez.

While I like to imagine a bird making trip after trip after trip to the water and bringing their meal all the way back to the same cactus, it’s far more likely some campers dumped the shells after making a chowder. Because, ugh, people.