How to conceal a knife 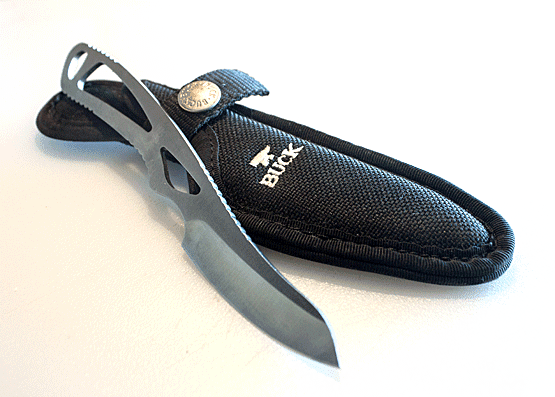 A few years ago my friend Forrest got a special deal on some simple sheath knives and gave one to me. I’ve never been a blade guy, except for kitchen knives, but this one has become my go-to tool for opening packages, removing bottle seals and such. It lives in a particular spot in the Rolling Steel Tent, next to the scissors and hand sanitizer.

Then it wasn’t there. I had used it the day before, but now…? I searched all over, including inside crates stowed under the bed. No luck. Had someone broken into the van, taken only the knife, left everything else undisturbed, and relocked the door? Not likely.

I searched again. Still no luck. Oh well. Maybe it ran off to join the table knife that disappeared a few years ago.

Then, as it often goes, I found it while looking for something else. It was under a couple of washcloths, next to some pill bottles, in a cloth bag of odds and ends, inside one of the mailboxes I use for overhead storage. Why had I ever put it there? Or had the afore mentioned intruder hidden it just to mess with me? No. It was only my old man brain spazzing out. Again.