The day is saved

I thought I was losing my mind. I knew I had just unlocked the side door of the Rolling Steel Tent, yet it was still locked.

I unlocked it again, there was the clunk of the latch, but it remained locked.

With the next attempt, I heard the unlocking clunk, but also a quieter clunk when turned the key to the neutral position to remove the key. Did it just relock?

So on the next try I left the key turned counterclockwise and, the door opened.

I worked the key and lever through several cycles to see if things would loosen up and act normally. No.

Okay, before I order up a new locking mechanism and tear the door apart to replace it, let's try good old WD-40.

I sprayed it in the lock, in the latch, in the lever and any hole or crack in the general area of the lock. And... it worked. All hail WD-40! 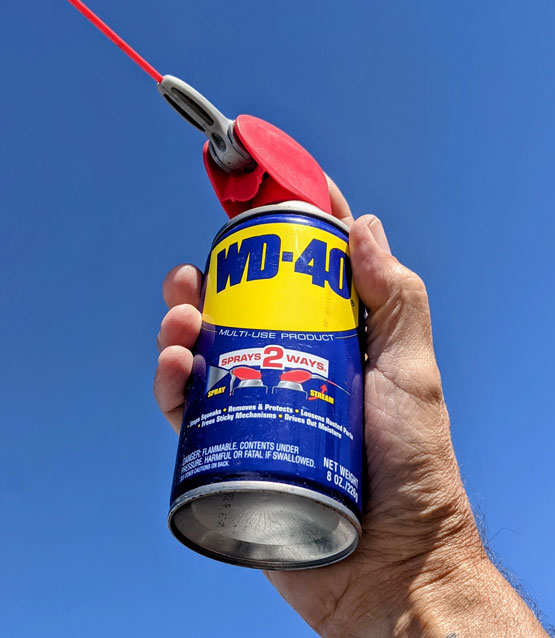