Where have I been?

I'm writing this from a McDonald's in Rapid City, South Dakota. Hurray for free wifi and a place to sit.

Since the last installment, I finished the van—to Version 1.0 specs, anyway. 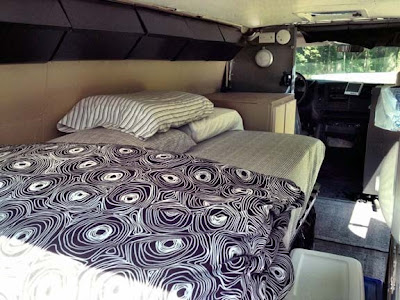 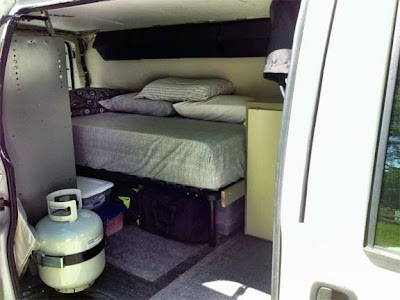 The roof vent has gone through several downpours without leaking. So that's a victory right there.

I hit the road August 27th, went north through the pointy end of Virginia, to West Virginia and Kentucky. I stopped briefly in Lexington to visit with a coworker from long ago, then pushed on through Cincinnati to a campground in Batavia, Ohio. That was my first night in the van. 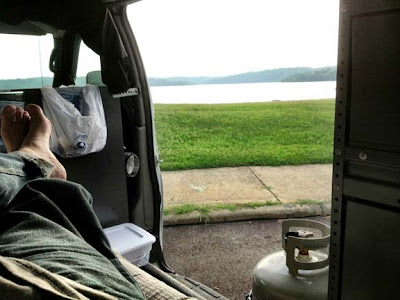 It was muggy and warm, making it a test of my ability to cope without air conditioning.  But I survived. And adjusted to the limitations of van living.

The next day was a slog through Ohio, Indiana, Illinois and Iowa. Highways in the Blizzard Belt take a beating, which they transmitted back to me. Thumpita thumpita thumpita...

The original idea was to stay the night at a truck stop near Des Moines, but at about 1:30 AM, drenched in sweat and unable to sleep, I decided I might as well drive. I headed north to I-90.

That put me in dense fog. Luckily, there were semis to follow. At about 3:30 I pulled into another truck stop and slept like a log. An early start put me in Rapid City at about 5:30 PM.

Why Rapid City? Well, people who live fulltime on the road or in the air or at sea need a place of domicile. South Dakota makes it very easy to be a resident. Spend a night and promise to come back every now and then, and presto, you're a resident. Get a driver's license, register the car, open a new bank account, there you go. South Dakota also has some of the cheapest vehicle insurance rates. And no income tax. 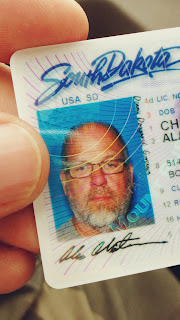 With everything but the registration taken care of, and with the DMV not being open until Tuesday, I had the weekend to explore the Black Hills and Badlands. 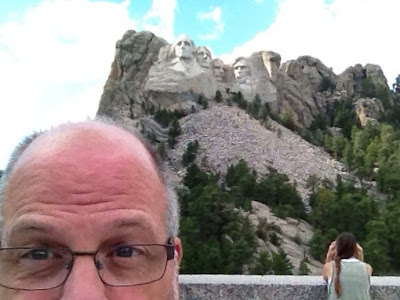 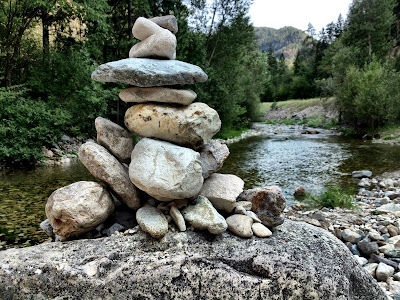 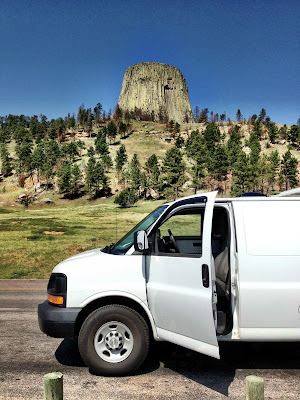 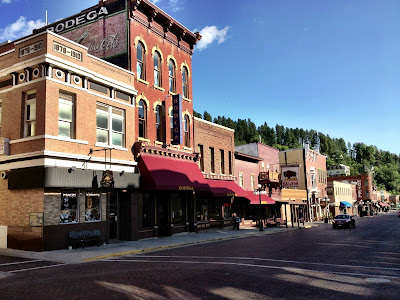 There's really quite a lot going on in a rather condensed area. Even though it's Labor Day Weekend, there aren't bothersome crowds.

There has been a heat wave all over the Midwest and upper plains states, but that broke Friday when a cold front brought in a hail storm. Poof, the heat and humidity were gone. The air is clean and crisp, temperatures in the upper 70s and low 80s in the day, and the low 60s at night. Perfect for driving with the AC off and the windows open. And for sleeping. Aaaaaahhhhh.

It hit me yesterday that I really miss the west. I had my gripes about it when I lived here, but I've changed since I was in my twenties. The vast swaths of emptiness that bugged me back then are now very appealing. Of course, it's not winter right now, or high summer, when I can hear the heat baking the life out of everything. I'll get reacquainted with the region. Besides, there's always the Pacific Coast awaiting.