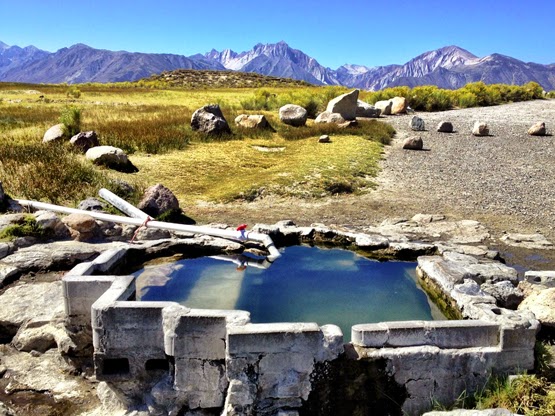 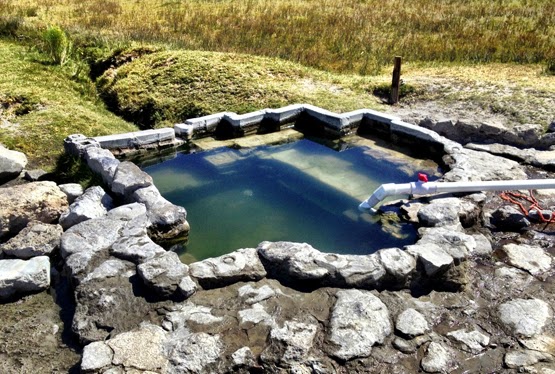 As you can see, someone got creative with the block and concrete construction. Maybe it was built by Aztecs. It's about seven feet square and two and a half feet deep with nice steps/seats built in. There's seating for five, but you could squeeze six or seven people in it.

As you can also see, there's a valve on the pipe so you can adjust the temperature. Good hot spring etiquette says to turn it off when you leave so the water isn't too hot for the next visitors. It takes less time to heat the tub up than to cool it down. On is with the knob in line with the pipe, off is with the knob perpendicular to the pipe. Follow the pipe and it leads to the actual hot spring. I doubt many people would want to soak in it. 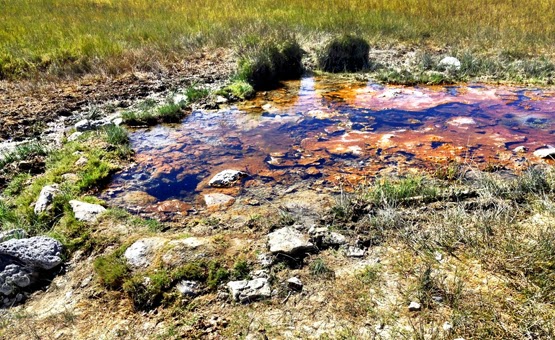 The spring is in pasture land. That means visits from cattle, and that means the occasional cow pie nearby. The spring is also on land owned by the City of Los Angeles. It's part of their watershed. That means there's no camping at this hot spring. Nice of LA to let folks access it, though.