Bluewater Lake State Park, south of I-40 between Gallup and Grants, is another of New Mexico's water-centric parks. It's the usual mix of RV and tent sites, tables and fire rings, boat ramps, a playground, vault toilets and dumpsters scattered about, plus showers and an RV dump station. There is also a day use area with shelters. 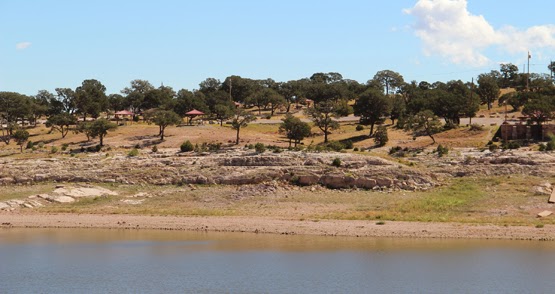 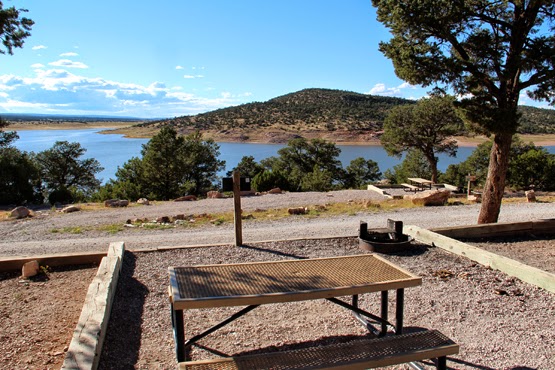 The numbered sites are on a hillside, among trees, with views of the lake. Nice, with shorter walks to the showers and toilets, but crowded during peek times.

We chose the "primitive" area along the shore. No amenities other than greater privacy and the ability to orient the vans in whatever way is most advantageous. Going with the primitive area also saves the small hassle of filling out a pay station slip. Just pick out a spot to call home. And since we have New Mexico State Park annual passes, and we aren't using electric hookups, there's nothing more to pay.

If you come in via highway 612 instead of 412 there are additional boondocking areas on the south side of the lake. But no toilets or dumpsters.

One of the best features is excellent Verizon service. There are cell towers just down the road. No AT&T signal, though.

It has been quiet the past two days—not even much boat noise—but we'll see what the weekend brings. 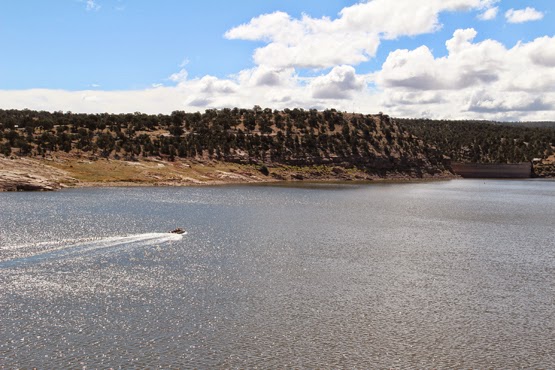