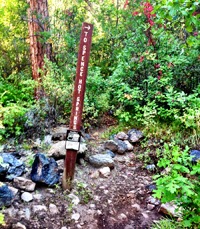 The village of Jemez Springs, New Mexico has a commercial hot spring. But up the road a way, on National Forest land, is a free, in-nature hot spring: Spence Hot Spring.

Between mile marker 24 and 25, in the east side of Highway 4, is a triangular parking lot. From there you hike down to the bottom of the canyon on a user-friendly gravel and dirt train. After crossing a bridge over the stream, the trail becomes a mix of footpath, rocks and wet patches where water seeps from higher up. That hike is higher up than the walk down. 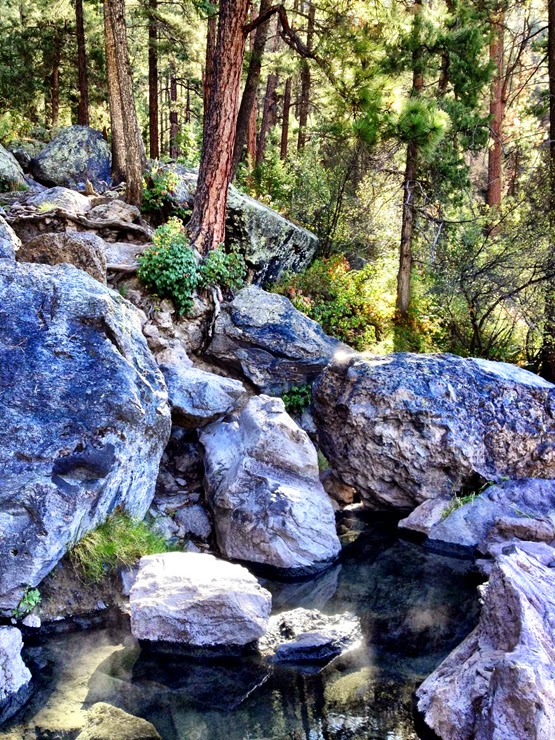 The spring itself is surrounded by large boulders. It helps to have some goat DNA, or at least a walking stick. An old fart like me was able to make it. 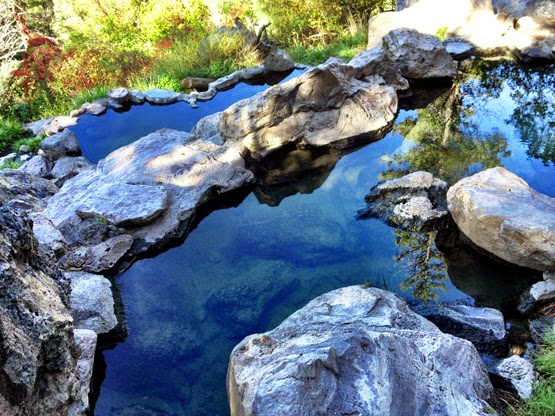 There are two pools. The lower one is probably a bit cooler than the upper one, but both were only about body temperature when I was there in late September. The view is great, though. 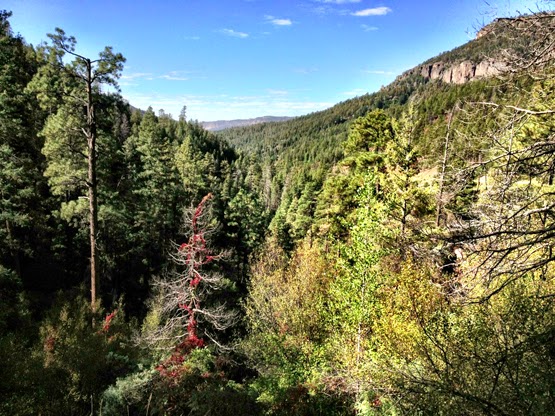 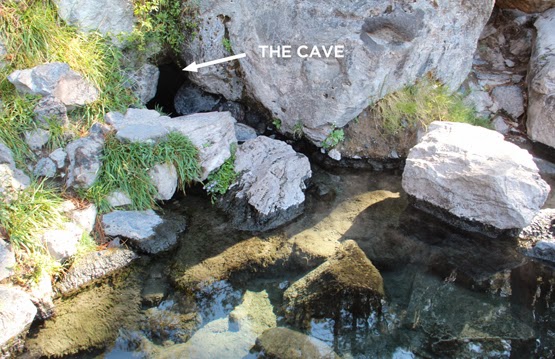 For hotter water, you can crawl into a small two-person cave that's the source for the pools. It's very much like a steam bath in there. A fellow who was there when I was said he came up one winter and a guy crawled out of the cave, claiming to have spent the night in it. That's one way to stay warm.

As far as a rating goes, it wasn't worth the hike. The water temperature, and algae on some of the rocks, sort of killed it for me. Maybe the water is hotter other times of the year. I can understand how body temperature water might be acceptable in cold weather. How about a score of 3.5? Pretty place, though. But watch for poison ivy.