General van dwelling wisdom says you need to be stealthy as hell if you’re going to try living in your vehicle in cities. That’s not always the case. Some cities, or at least some areas of some cities, are more tolerant. Take this group, for example. 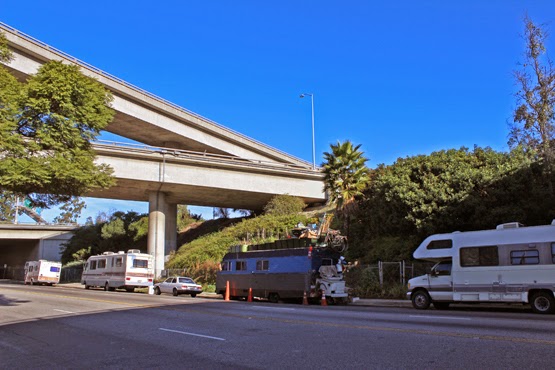 Zero stealth factor. They’ve been there for years, on Sepulveda Boulevard, in Los Angeles, under the interchange of the 10 and 405 freeways, between commercial and residential areas. They’ve become just part of the scenery.

The folks in the gray and blue RV aren’t just parked. They’re essentially homesteading. They have dozens of planter boxes on the roof and ground. They’ve even cleared a patch between the sidewalk and the embankment for a garden. 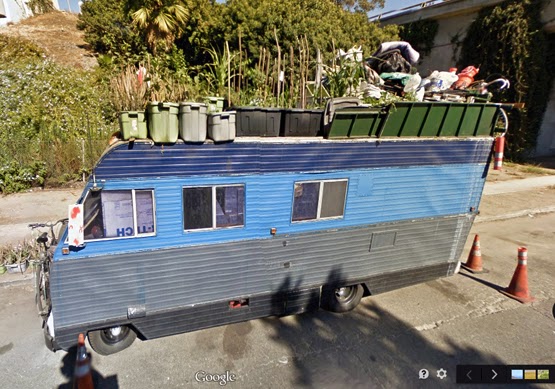 I wanted to talk to these urban campers. There were generators running and I could see lights on through gaps in the curtains. Someone was home. I walked from one rig to the other calling out, “Hello! I have some questions!” But no one acknowledged me. Maybe they were suspicious. Maybe they’d had their fill of questions. Maybe they were on the toilet—which had me wondering how they dispose of their waste, since the RVs never move and there aren’t a lot of dump stations in LA. If I’d been more of a journalist and less of an introvert, I might have been more persistent. I might have gotten my answers. And more photos.