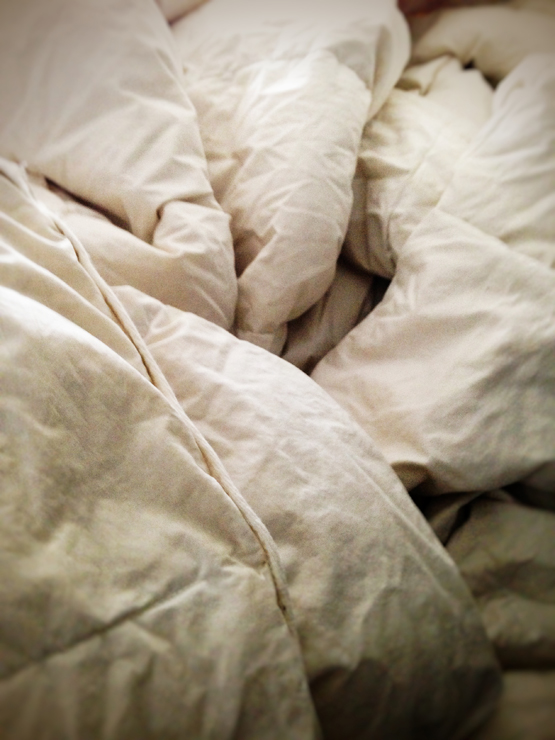 I sleep under my summer-weight down quilt nearly every night. It's a king size even though by bed is a twin. I like to have its bulk around me. As I posted last month, feathers occasionally escape. More so lately. Thirty-five years of use has caused some holes along the edges.

I finally remembered to get some white thread. And I found my needles. So it was repair day. There were thee holes/tears about a quarter inch long and dozens of tiny ones feathers could still slip through.

My late mother would shake her head at my crude sewing technique, but my concern is function far more than appearance. After all, it's dark and my eyes are closed when I use the quilt. And there's no one to award points for neatness.