So, I would be heading east on I-8 again. Yuma to Gila Bend, to the junction with I-10 and on through Tucson. I wondered if there was a way to change up that well-traveled route, to see a new place.

I checked the map. Hmmmm, the Sonoran Desert National Monument. State route 238. Is there something more interesting that way than along I-8? Something worth the extra miles at a slower speed? I won’t know if I don’t go. 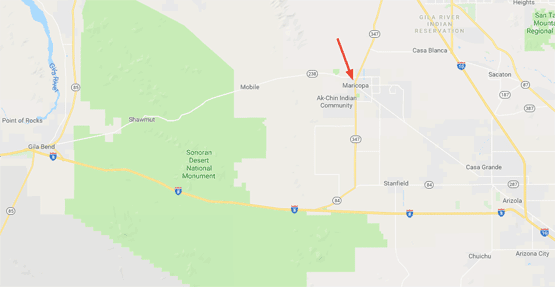 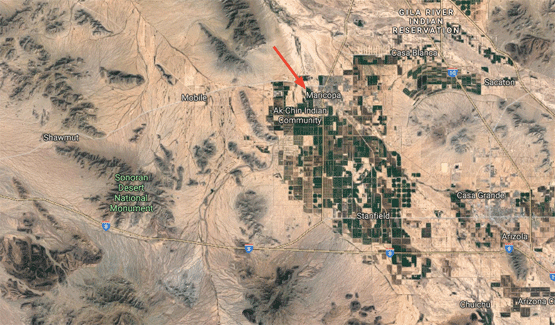 And there are a couple of towns along the way. Shawmut. Mobile. Maricopa. Probably just wide spots in the road. Maricopa is a junction, so maybe there’s a gas station, cafe, farm equipment repair shop, a boarded up business. A tiny village hanging on by its fingernails. I mean, it’s out in the middle of nowhere. Farmland surrounded by desert. And its name on the map is small.

I was wrong. Turns out Maricopa is a modern, sprawling upper-middle class suburb with a golf course and all that. If I had thought to zoom in on the satellite view I would’ve known. Oh well. It just meant the expected brief roll through an impending ghost town would actually be a crawl from frustratingly timed traffic light to frustratingly timed traffic light down the main Lexus-choked boulevard, past Starbucks and all that. 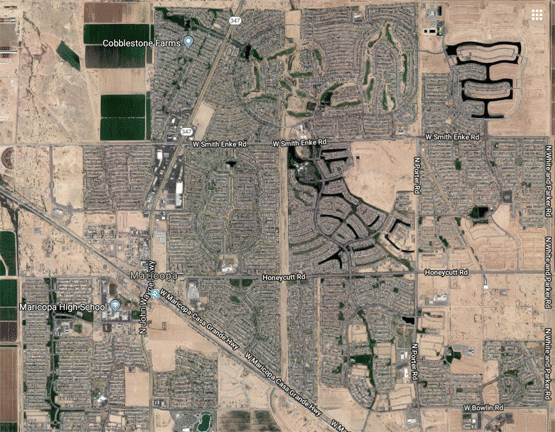