I love pad thai. Well, I love good pad thai. So would the offerings from Backpacker’s Pantry and Food To-Go make me happy? Would they even resemble pad thai? 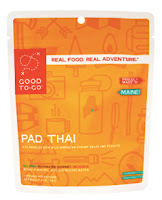 Unlike most dehydrated meals, Food To-Go came as a single serving—which makes more sense to me. Also, unlike normal pad thai, the noodles were cut into short pieces to help the rehydration process. No big deal, just different. Food To-Go claimed to contain shrimp.

Food To-Go was very disappointing. It didn’t taste bad, it just didn’t taste like pad thai. Although there were crumbled peanuts, there was no peanut flavor. And the shrimp was invisible. They should either reformulate their recipe or rename it something like Sort of Asian Noodle Thing. 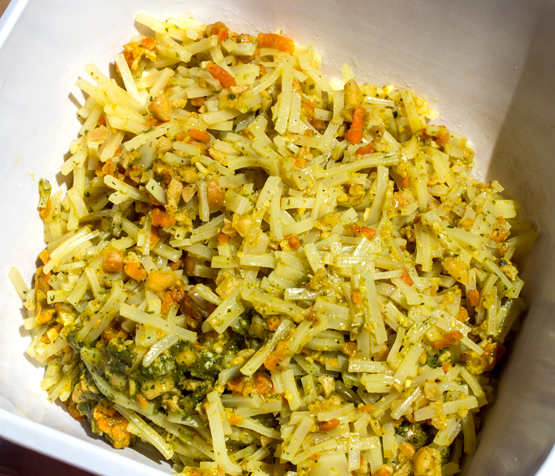 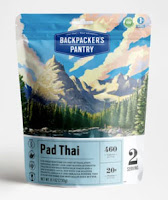 Backpacker’s Pantry had short noodles too, but it also came with packets of peanut butter, lime powder (I didn’t know there was such a thing, other than Jell-O or Kool-Aid) and powdered sriracha. No shrimp or chicken.

Backpacker’s Pantry tasted much better, fairly close to my memory of great pad thai. The peanut butter really helped. Instructions said to add the sriracha to taste and that a whole packet was the rough equivalent to medium at a Thai restaurant. I went with half the packet to be safe. It was just right for me. If I were ever to have some of this again I would probably add some of my canned chicken to the mix. 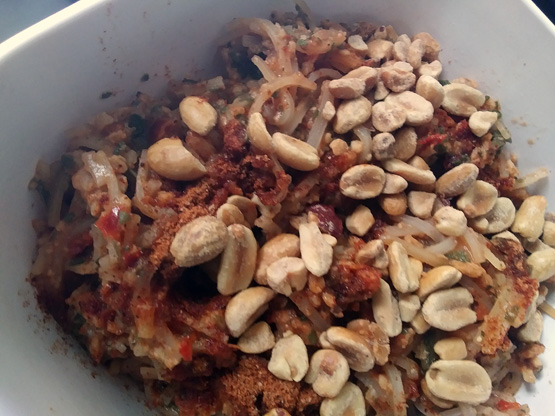