I pick door number one, Monty

I like sliding doors. Not the 1998 Gwyneth Paltrow movie; the one on the Rolling Steel Tent.

Some people dislike them. Some utterly hate them. They say the door is too heavy, that the sliding mechanism goes bad. They like swinging doors because they’re lighter and you can mount things like small tables, paper towel holders, and storage cubbies to them and still be able to open the doors.

But I like sliding doors for two reasons. The first is why sliding doors exist on vans and minivans in the first place: you can get loads and people in and out easily even while in a narrow parking space. 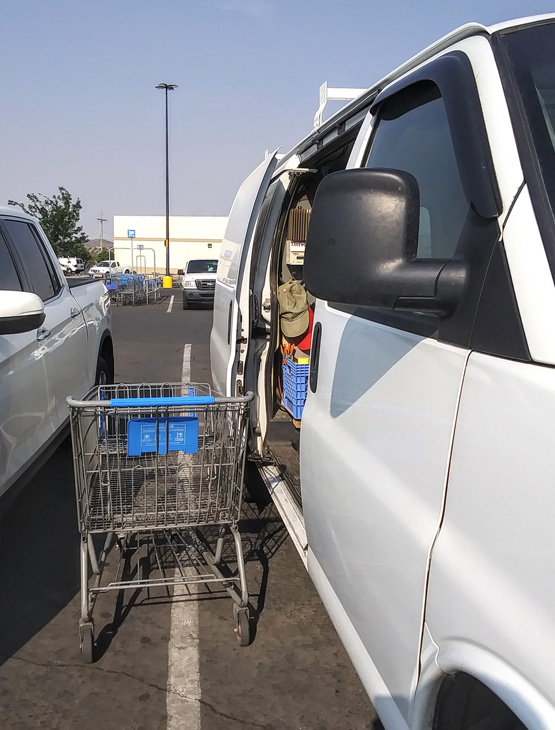 The second reason, which is more important to me as a vandweller, it that it’s super easy to have the door open as much or as little as I like, which simplifies temperature control. Open the sliding door part way and it stays there when it’s windy. It doesn’t stick out in the wind to begin with. You have to rig some way to keep swinging doors partially open. That’s a complication I’d rather not deal with. 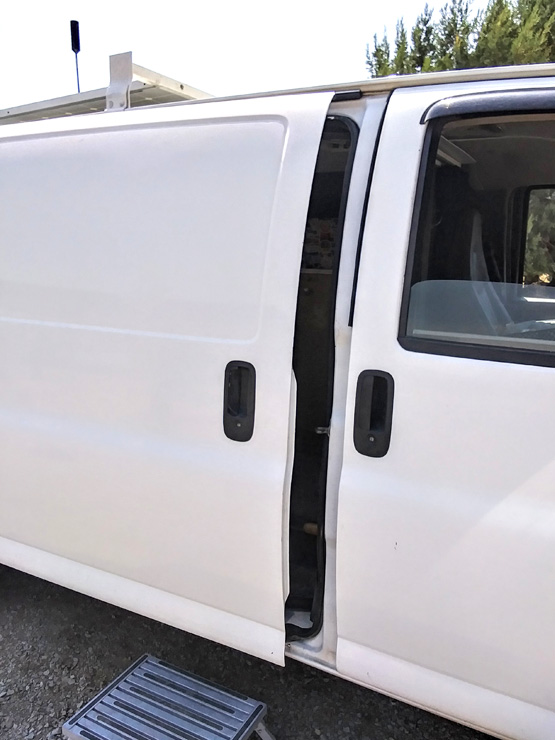 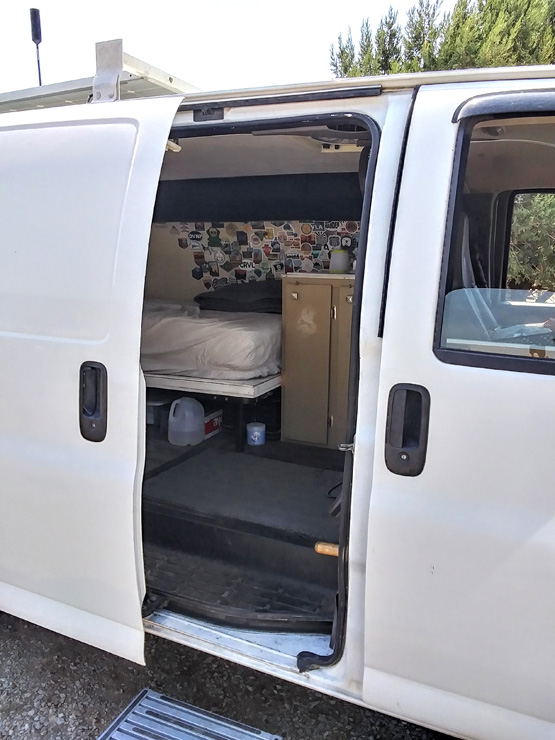 Yes, my sliding door gets stubborn sometimes. That just means I need to clean and lubricate it. That’s about a once-a-year minor chore.

The thing is, as I’ve been doing preliminary—and hopefully premature—replacement van shopping, it’s apparent that most cargo vans have swinging side doors. So would I be willing to make that compromise? I’ll see when the time comes.