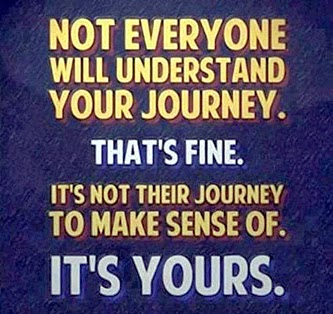 I stumbled upon this thought yesterday. It applies rather directly to choosing to live in a van instead of a building, but it’s more than that.

We humans are social creatures. (Some less than others. Hello, fellow introverts.) When we spend time in groups, it means we’re going to spend some time justifying ourselves. Sometimes subtly, sometimes with a lot of yelling.

When asked why she spent her time flying, Amelia Earhart said, “Because I want to.” It’s  wrong that she had to defend her life choices (they wouldn’t have asked a man the same question), but her answer was perfect.

The problem isn’t whether your journey makes sense to others, it’s whether it makes sense to yourself. It does make sense, I hope. If not, it might be time to figure out why and to take steps to fix it—whether others understand or not.