The story goes something like this, depending on who tells it. When Camp Dunlap was built back in 1942, they exploited a hot mineral spring just inside the southern edge of the camp. Some say the spring supplied hot water for the camp. But mineral-laden water wouldn't have many uses. Perhaps it was used to fill the swimming pool.

Whatever the use, the spring was capped off or the pipes ripped out or something when the camp was shut down and dismantled in 1956.

But water will find its way to the path of least resistance. The spring popped up next to the old concrete containment structure. Once more, Nature thumbed its nose at the Corps of Engineers.

A couple of decades passed and Camp Dunlap transformed into Slab City. The hot mineral spring was rediscovered. It wasn't very big, so someone brought in a backhoe and dug a good sized hole. Ladders, steps, a bench and some carpet remnants followed. Now the spring serves as Slab City's public bathtub. And, at some hours, a party spot, like most hot tubs. 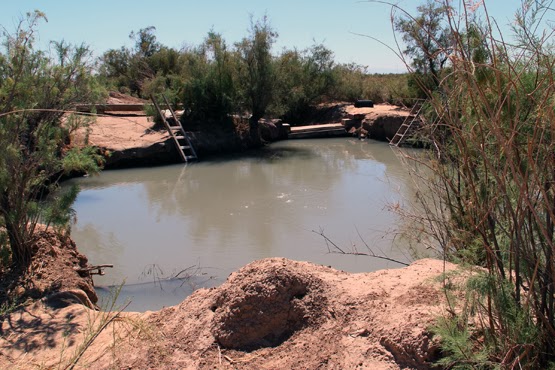 It's murky, but it's good for boiling off the grime. 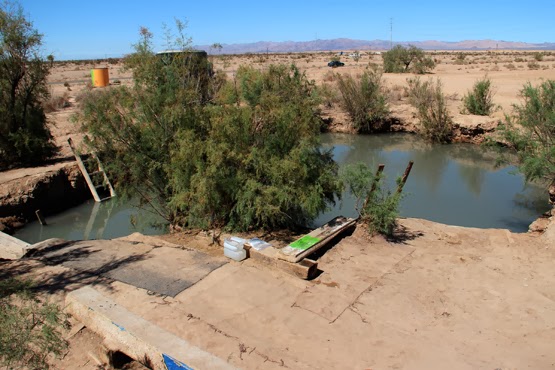 There are less "rustic" hot springs by Salton Sea, but they charge admission 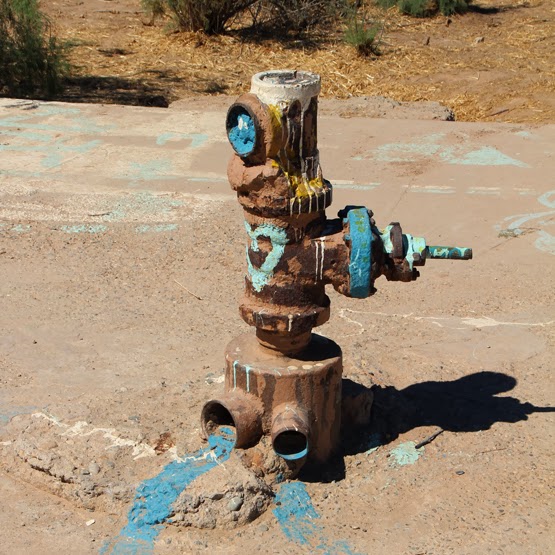 The remains of the spring's military plumbing