My own Oregon trail

Sunday afternoon it settled in my mind. Oregon it is.

I bid my thanks and farewells to Ophelia and Peter, stopped at Jiffy Lube to have them change the oil and rotate the tires, then headed off on I-84.

Interstates are dissed as not the way to see Real America. But I'd seen a lot of the country via blue highways. I'd dealt with narrow roads and slowing to 35 or even 25 miles an hour for all the little Real American towns along the way. It's nice, for a change, to cruise along on wide highways with extra lanes and gentle curves. It's nice having fewer things to be watchful for. Thanks, Dad, for midwifing the Interstate system. (He was Chief of Construction and Maintenance for the Bureau of Public Roads. Ike lobbied for the highways, Dad got them built.)

I-84 roughly follows the Oregon Trail. Indians, trappers, Lewis & Clark and wagon trains had already figured out the easiest path to the Columbia River and the coast. Just grade and pave it so I can come along and be grateful for it.

I'm in Pendleton right now. It's too early for both the Pendleton Roundup and for needing any wool apparel. But I'm going to call it a day here. 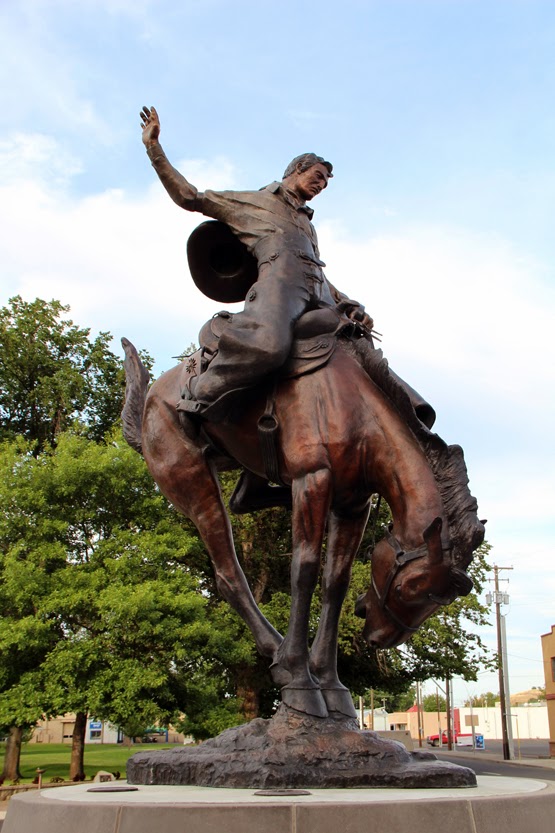