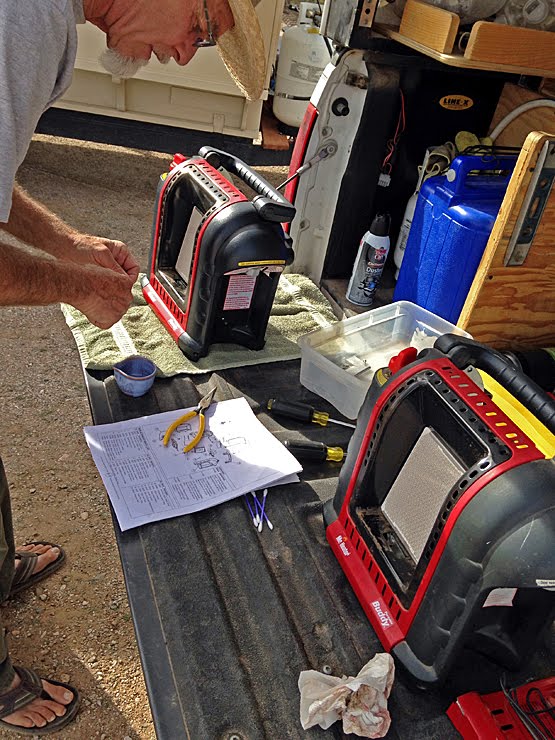 You know how we guys are. Gotta have a project. So today Lou and I cleaned the pilot nozzles on two Mr. Heater Portable Buddies.

There are two ways to do this. One is a simple way recommended by Mr. Heater, and it's probably the thing to do once or twice during heater season as a preventive measure.

The second way might be necessary if your Portable Buddy is several seasons old, you've never cleaned the pilot nozzle, and the thing refuses to light (even though you're below 7,000 feet elevation).

Since the second method requires more disassembly/reassembly, two metric wrenches, decent manual dexterity and a feel for mechanical things, we decided to try the simple way first. (Not that we don't have those things. We just didn't want that big of a project.)

My heater is older, so there was some crud on the Q-tip when I swabbed the nozzle (which is not intended as a raunchy euphemism, though you're free to use it that way). The Q-tip came out clean on the heater Lou was working on. Now we're set to go. Hot time tonight!