I have seen the future

The translation of El Porvenir is the future. It's on the eastern side of the Sangre de Cristo Mountains, in the Gallinas Valley, about sixteen miles northwest of Las Vegas, New Mexico. Hermit Peak (part of which you can see in the photo below) provides background drama and a destination for hikers. 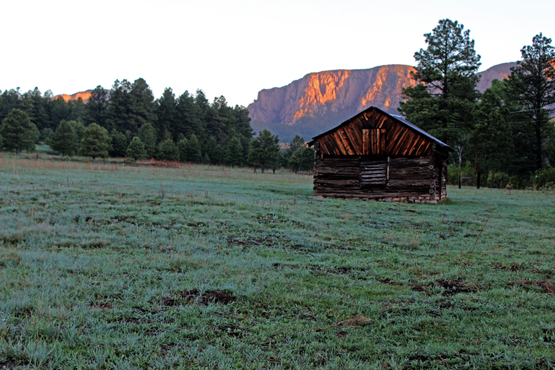 Unfortunately, you can’t see the peak from El Porvenir Campground, which is in a forested canyon. Can’t see the mountain for the trees. But it’s still a pleasant place. 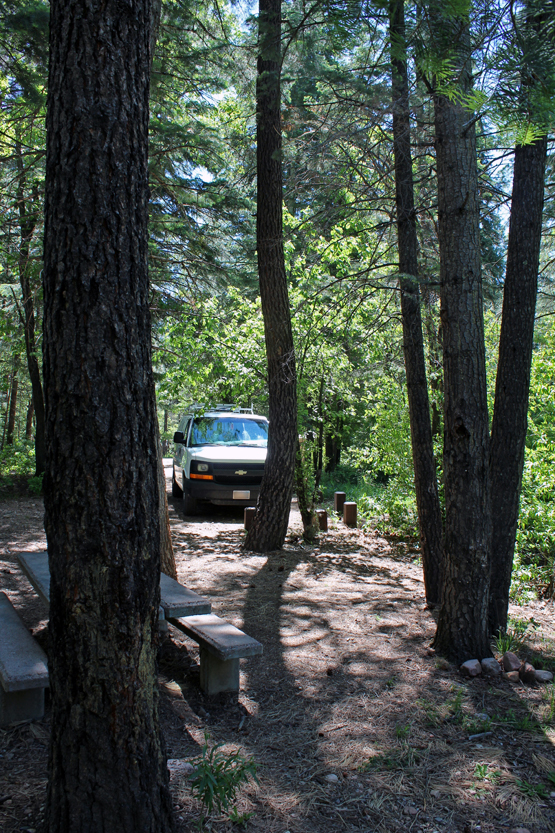 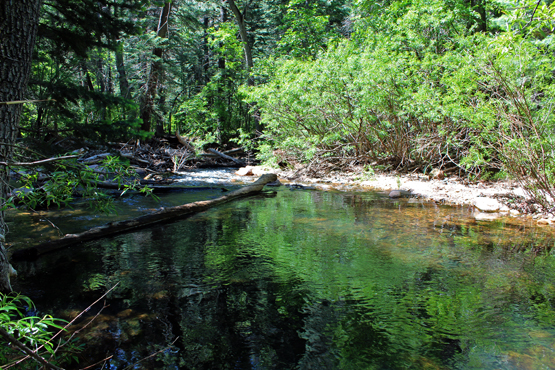 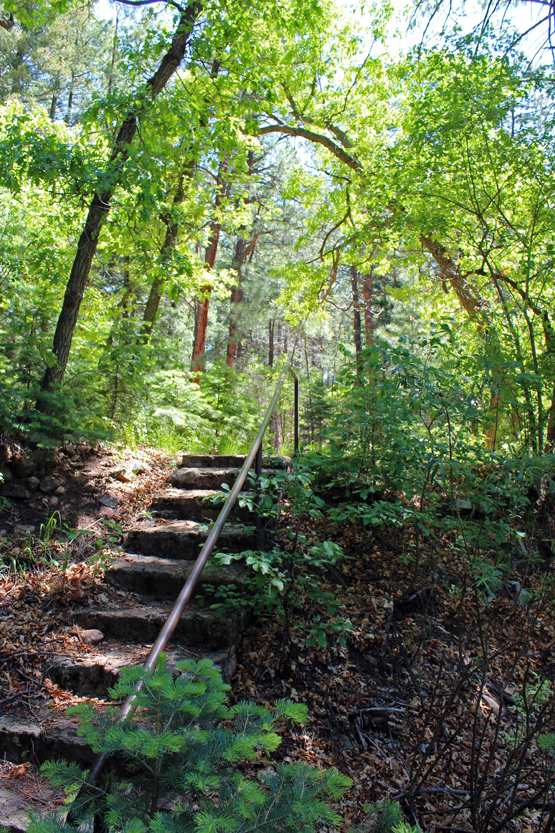 I got a couple of miles of hiking in before the sky clouded over and the rain began. Because of the lower elevation and being on the eastern slope, there's a greater variety of coniferous and deciduous trees.

As I was spending the drizzly weather reading, I was startled a loud bonk against the Rolling Steel Tent. At first I thought it had been hit by an errant ball or Frisbee. Nope. Just a pinecone about the size of an orange. It happened again during the night as I was drifting off to sleep. Conifers like to harass me. At least they didn't drop a big limb on me. There are advantages to camping in the treeless desert.