I wish I could remember the joke exactly. It's one I heard in Aspen, Colorado, decades ago, back when John Denver was still playing local bars. The joke is actually a complaint about rich people spoiling Aspen. I think the joke is: How can you tell when Independence Pass is finally open? The first Ferrari of the season arrives in Aspen. 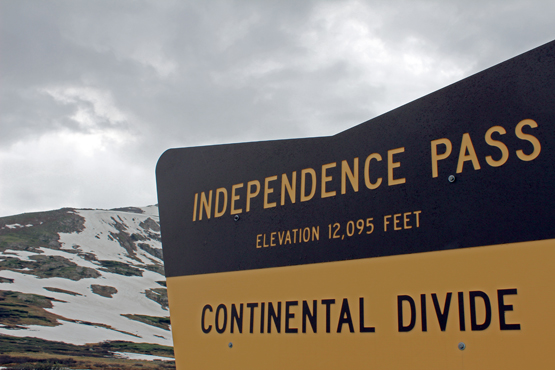 I headed over Independence Pass on a drizzly morning. The gloomy weather sort of added a feeling of adventure to the drive. I was going above the tree line, up to the snow line, to the tundra. 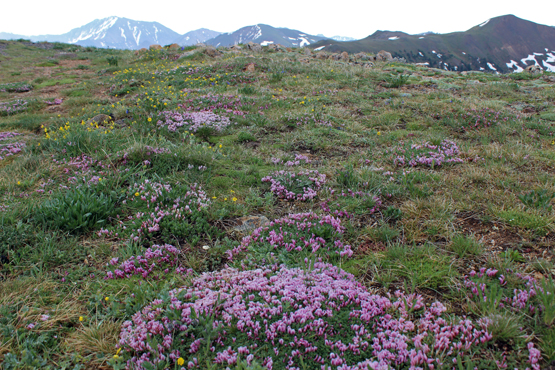 I'd always thought tundra existed in low, flattish areas. But, thanks to some Park Service pamphlets, I learned the area above the tree line, but not bare rock peaks, is also tundra. 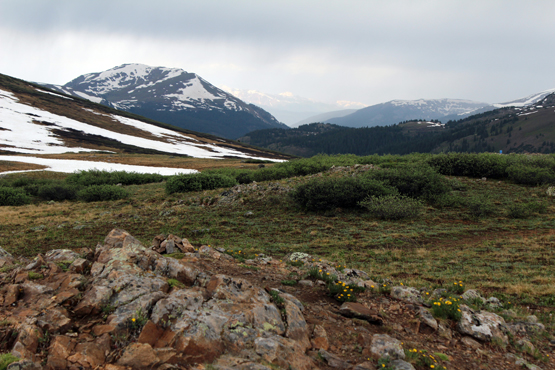 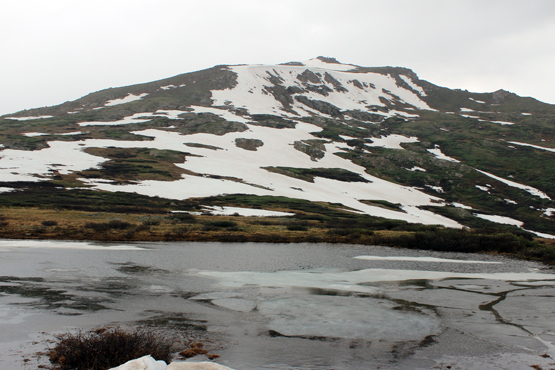 Highway 82 on the east side of the pass is like an Interstate compared to the western side. In some places they could scarcely squeeze a lane and three-quarters between the river and sheer rock—right at blind corners, of course. But I made it through just fine, crawled my way through Ferrari-clogged trafic in Aspen, and went off to see what was down a different road.