Not a campfire kind of guy 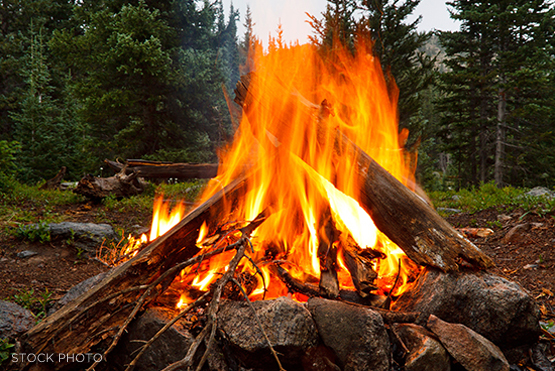 The other evening was like many others I've experienced in the past. It was early evening, with about four hours of daylight left, and other campers had started campfires. They wouldn't be cooking on them. It wasn't anywhere near cold. It seemed like they built fires because that's what one is supposed to do when camping. By the time it was dark and a little chilly, they were out of wood.

The only time in my van dwelling life I've built fires was to burn some trash.

I've been known to hang around other people's campfires for social reasons, and that's probably one of the big reasons for campfires. But for me it's a battle between fellowship and smoke.

My mother taught at a private school. There was a fire in her building, and although it didn't reach her classroom, the smoke and firefighters' water did. She took me with her to survey the damage and see what teaching materials she could salvage. The odor was imprinted on my memory. I think it was part of a don't-play-with-fire lesson she wanted to teach me.

So, besides being acrid, choking and clinging, smoke conjures bad memories. And if I'm not going to cook and it isn't cold, then fires are wasteful. If I show up at your campfire to socialize, don't expect me to stay long, no matter how good of a time we're having. Or how many marshmallows need toasting.