I had no idea where I was

Somewhere back in my youth I read about John Wesley Powell's exploration of the Colorado River. Decades later, about all I remembered was that Powell had one arm and that he took wooden boats down the rapids.

Since I was a kid living in Virginia when I read that book, I hadn't traveled much and most of the places mentioned meant nothing to me.

Then, in discussing my current travels with my brother-in-law, he suggested I read Wallace Stegner's Beyond the Hundredth Meridian: John Wesley Powell and the Second Opening of the West. "You'll learn a lot of things about this region." So I got the book. (Thanks, Kindle.) What I've learned is that I've been several places Powell's expedition had been.

"For a while the river flirts with the great mountain table rising east and west across its course. It cuts in through Flaming Gorge…" 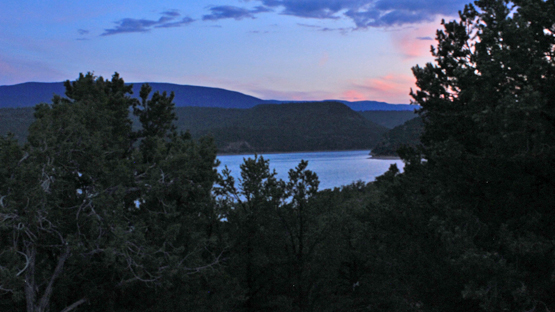 Flaming Gorge from my campsite

I camped at Flaming Gorge this summer. Of course, now it's a reservoir instead of the Green River, but south of the dam, the river still flows through Red Canyon and the Uinta Mountains.

"The rapids Powell saw from the walls had not looked too bad, but they turned out to be sharp, fierce pitches in the riverbed, filled with boulders fallen from the cliffs. Powell went ahead, waving the boats ashore at every bad spot, reconnoitering on foot. Until noon they had short stretches of navigable water broken by rapids so furious that Andy Hall, remembering some schoolboy lesson, was led to exclaim, 'Oh how the waters come down at Lodore!' They named it the Canyon of Lodore..."

I saw Gates of Lodore on the map of Dinosaur National Monument, up in the far north corner. I thought about going there, but I didn't know what it was. 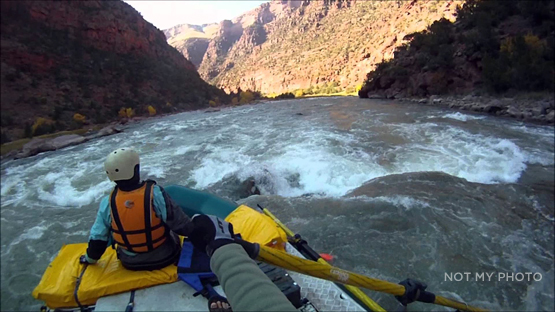 "As if the lessons were now finished, the river relented, and on the morning of June 18 they floated down into a cliff-walled park where the Yampa flowed smoothly in, carrying more water at this stage than the Green. In a grassy, sunny bottom “the size of a good farm” they camped and rested and sent their voices against the cliffs that sent them back in diminishing echoes, six or eight echoes, or echoes of echoes. 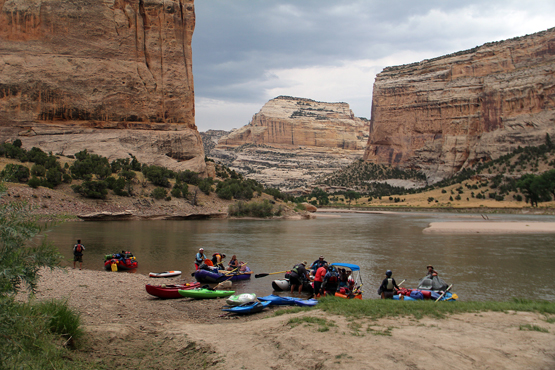 There. Right there. Probably on that patch of beach. Just like these river runners. Was I standing on the same spot as Powell and company when I took that picture—and didn't even know it? I had gone to Echo Park just because it looked nice and got some good campground reviews.

"The river played no favorites, and it showed no sign of conforming to their united wish for a letup. Beyond the Canyon of Desolation they ran directly into another, which they called Coal Canyon from the seams of lignite in the walls. It is now called Gray Canyon. And Gray Canyon was more of the same. In one bad rapid the river filled the channel from cliff to cliff, leaving not even the bare toehold of a portage."

This is a photo I shot of rafters near the end of Gray Canyon. I thought the river looked boringly calm. Not an exciting raft trip. Probably a bunch of first-timers. I didn't know what was upstream. 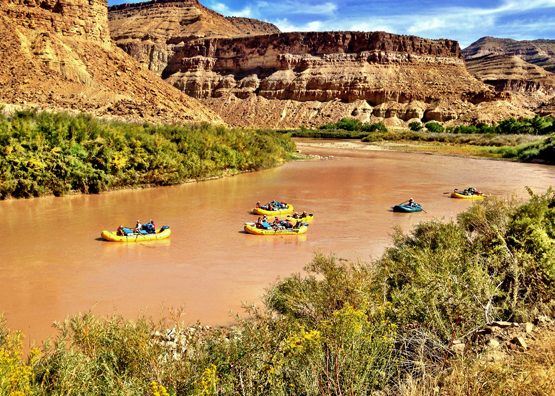 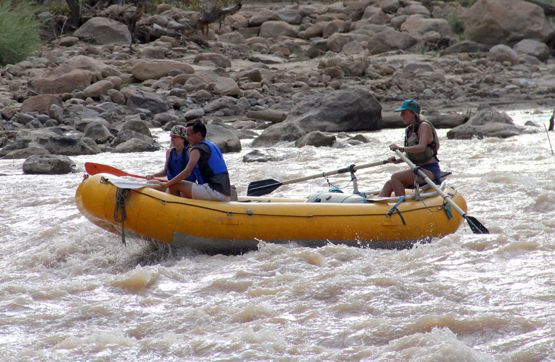 "…They ran nineteen rapids in eighteen miles without the necessity of getting out of the boats, and at the end of Coal Canyon they burst out into open country again, a shimmering, blistered desert broken by circumeroded buttes of buff and gray and brown and slaty blue."

That would be here, about a half mile south of the Lower Gray Canyon Campground, where I stayed twice. 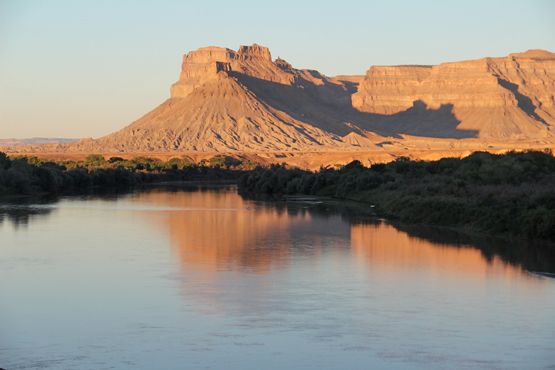 I've read to the part where Powell reaches the confluence of the Green and Colorado rivers. I haven't been there, only in the general area, at the southern end of Canyonlands National Park.

I've been at Lake Powell, which didn't exist then, of course. I've been to Lee's Ferry and Marble Canyon. I've been to Grand Canyon, but only at the rim. Maybe someday, before I'm too old and poor, I'll do a raft trip there. I've been to Boulder Canyon, which is now Lake Mead. I've been to Lake Mojave and Lake Havasu. I've crossed the Colorado at Needles, Parker, Blythe and Yuma. I've even seen what's left of it in Mexico.

I was near the headwaters of the Colorado in Rocky Mountain National Park, where Powell also explored. I've seen where it flows into Grand Lake, Shadow Mountain Lake and out of Lake Granby. I've followed it to Hot Sulphur Springs, where Powell's expedition stayed a while. I drove beside it along I-70 to Grand Junction and on toward Utah. But I didn't know that in Powell's time the river upstream of the confluence with the Green was called the Grand River. And it is grand. 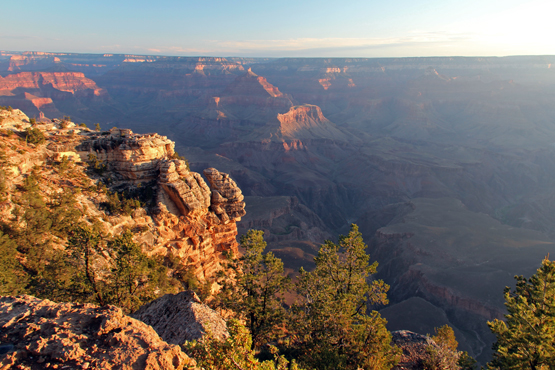 The river is down there. Powell and company were down there. In oak boats. With no Gor-Tex or neoprene or guides. Amazing.