People entering the home-on-wheels life worry about various negative things that might happen. Their sphere of familiarity and experience is changing. Things will be different. There might be new dangers.

It’s reasonable to be concerned, but some folks worry too much. They lose sight of the difference between the possibility of something happening and its probability.

How can we tell which things are more likely? Experience helps—your own or that of others. You might think about how often or rarely you hear about something happening. And did you hear about it only because it’s freakishly rare? Some things happen only under certain conditions. The more conditions and decisions that need to align for something to occur, the less likely it is to happen. 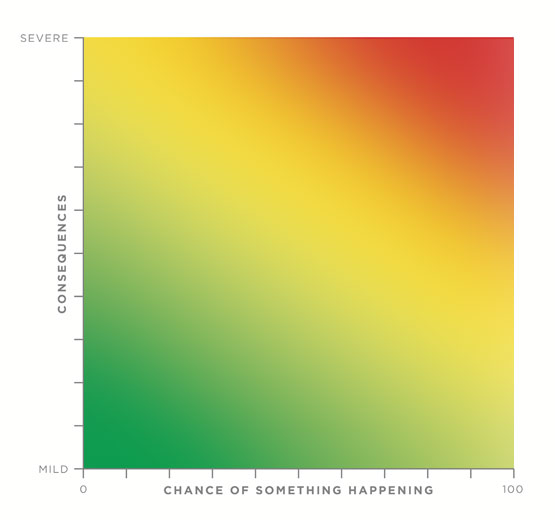 The whole what-is-likely calculation is muddied by those who benefit from making us fearful. Some, like family and friends, might want to scare us out of leaving them behind. Some want to sell us solutions for problems we might not have. Some want to cover their asses in case some idiot manages to misuse the solution they bought. To those who sell us fear, preparedness and hypervigilance, every horror is certain.

In my years of following various nomad blogs and forums, the vast majority of problems folks actually have are rather ordinary. Health, financial, mechanical, electrical, weather, social, emotional… We should be appropriately concerned because the consequences can be quite serious sometimes. But there’s a mountain of other things we can pretty much ignore, because the consequences and/or probability are slight.