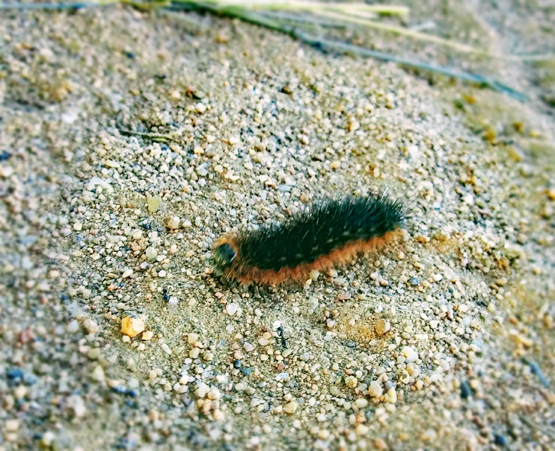 I noticed this caterpillar a couple of mornings ago making it’s way in a fairly straight, purposeful line, south to north. Then midday I saw it again crawling on the same line, north to south. It returned about and hour and a half later, south to north again. Then, toward evening, north to south once more. The same behavior has been repeated every day since.