Dealing with the hood for the last time, I hope

Sooner or later the paint starts to flake on white vans and trucks. I’ve done a variety of patch jobs on the Rolling Steel Tent, then other spots flake off. And in the wrong light you could see all my crappy spray can paint jobs. 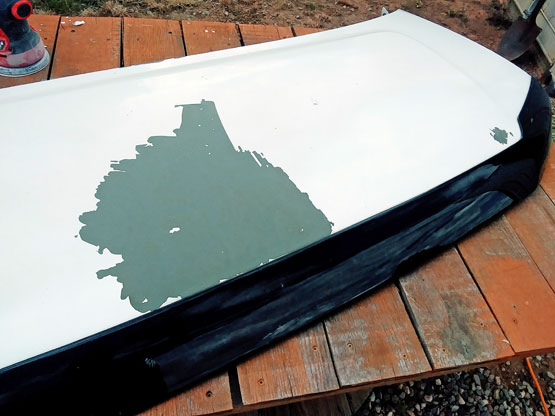 I knew I had a good sized bubble developing, so I wasn’t surprised when big chunks flew off at the car wash. I water blasted all I could and ended up with about a square foot scar. It was time for a solution I had been considering for a while: white roll-on bed liner. It would resist chipping better and it’s easier to get a uniform (though pebbly) finish. My research led me to a kit by SpeedKote. 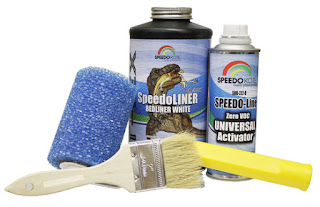 I removed the hood so any spills, splatters or other goofs wouldn’t affect the rest of the van. I scuffed and smoothed out everything with a power sander. Lou and I discussed the pros and cons of leaving the black bug/rock shield, trying to pry it off, or just painting over it. I decided to paint over it. Goodbye Eugene Levy/Martin Scorsese eyebrows.

After mixing the two parts of the bed liner paint, the only tricky part of the application was blending the roller marks. I have a lot of experience with that, having repainted the entire interior of my house way too many times. (Finding the perfect yellow is so hard.) 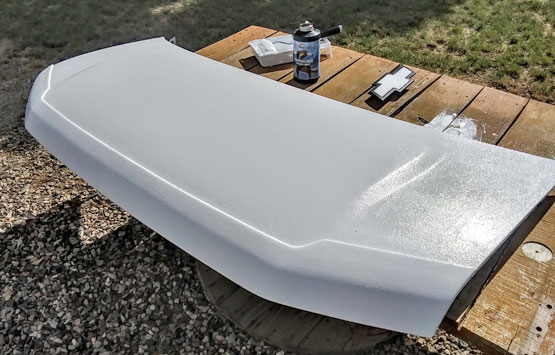 The paint was dry enough (but not totally cured) in a couple of hours for Lou and I to replace the hood.

I think it looks rather nice. We’ll see what happens over time. 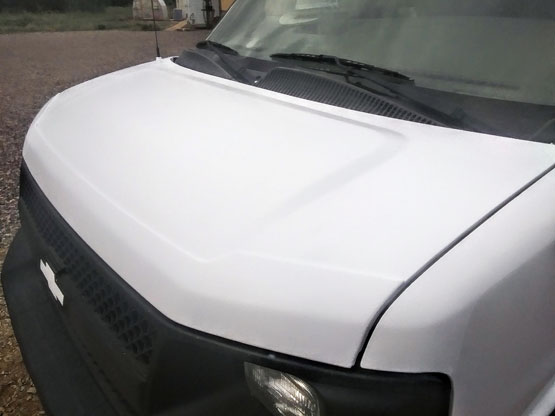