Hanging on the edge

I first learned about this thing called via ferrata last year from a Dana Hollister video. Oh, wow, it was something I wanted to do the next time I was in southwest Colorado. If it wasn’t beyond my limits. The wire bridges looked, um, challenging, but most of it was sort of a ladder system. I can climb ladders. 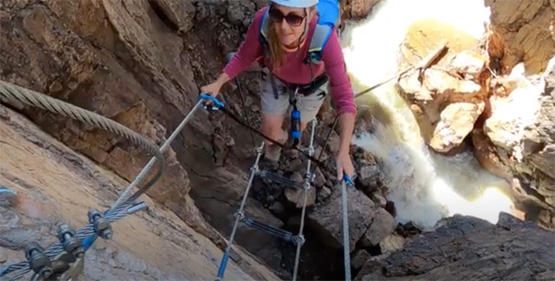 From Dana Hollister’s video
My return from California would take me through southwest Utah, so I did some research about hikes there. One of those was Kanarra Falls. Yes, that was already on my list. But then I saw a video about a via ferrata on private land, along the rim of Kolob Canyon. THAT! Yes yes yes YES! I lucked out and got the last space on an open group guided tour.
I worried I’d be the lone old fart in a group of young athletic people, but my companions were a couple of late-30s guys and five 50-ish women. We loaded into two OHVs for a two-mile Mr. Toad’s Wild Ride to the trailhead. The view of the gorge was astounding. 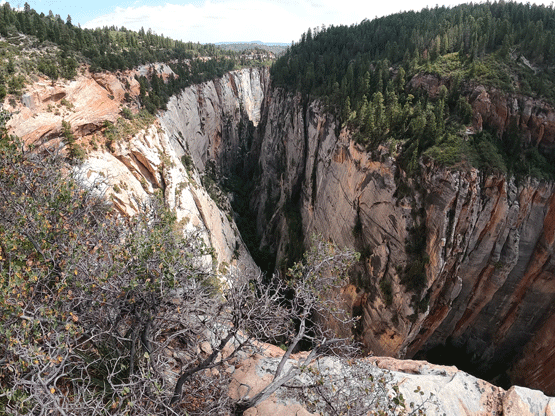 After a brief explanation of our harnesses and the cable system, over the edge we went. 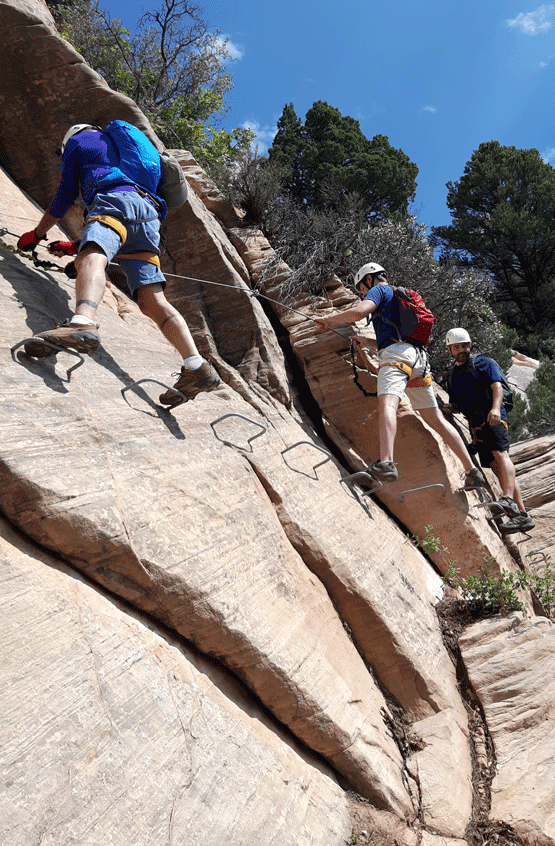 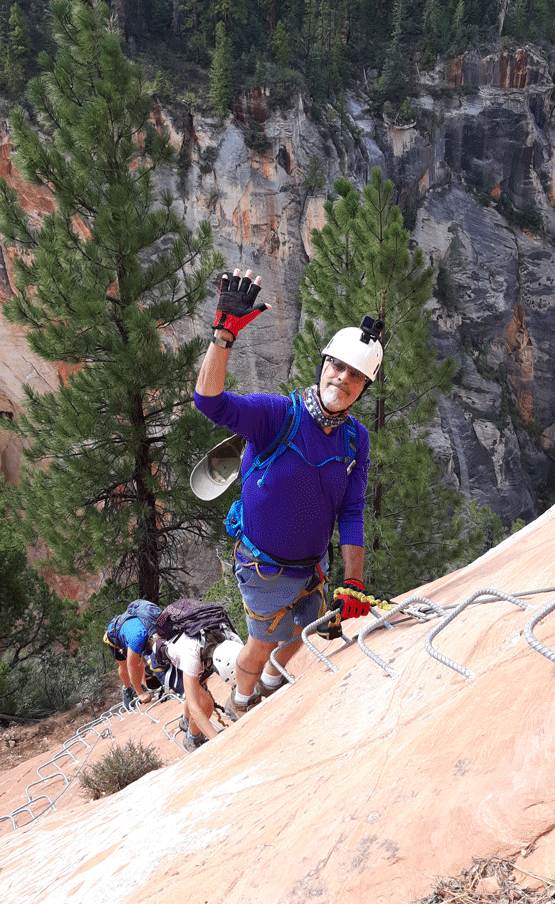 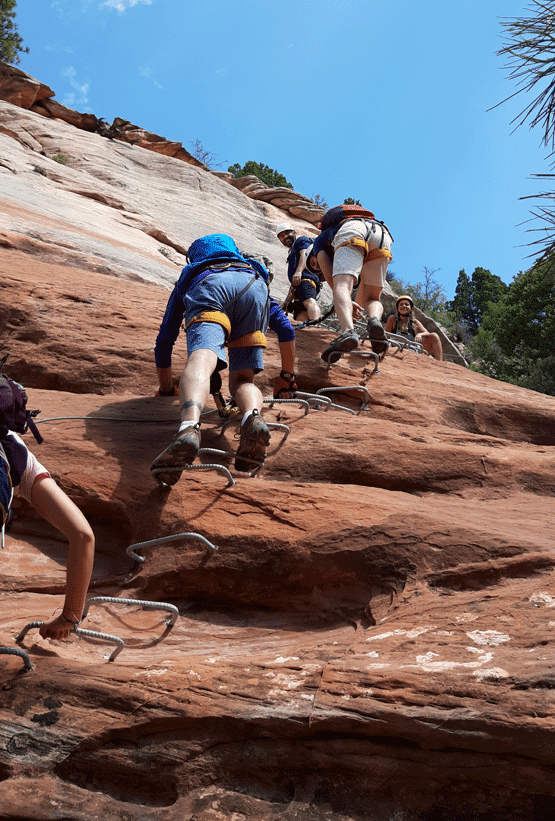 Our harnesses had two clips. When we navigated past cable anchor points we’d unclip and re-clip one safety line, then the other, so there was always at least one line connected. 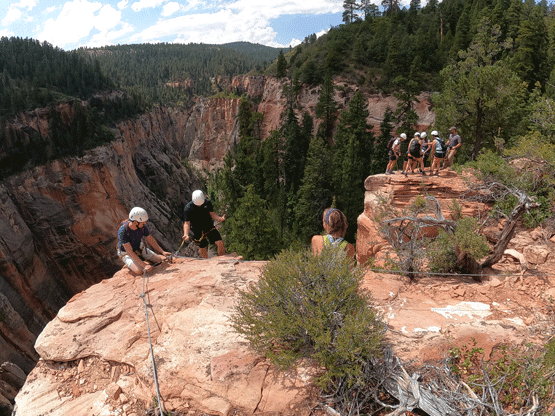 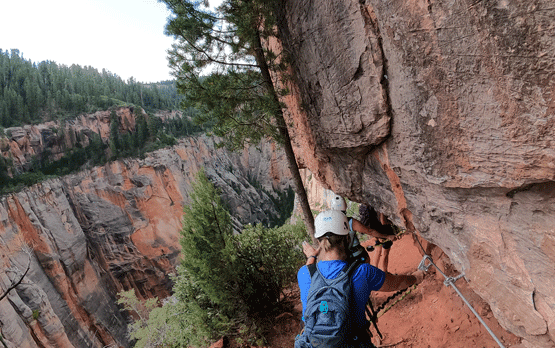 Although it wasn’t as tough as some of the other via ferratas I’ve seen on YouTube, it was still a great time. Until the final climb. I think the guide said it was a 100 foot ascent. About two-thirds of the way up I became convinced he’d left a zero off that number. But I made it. Yay me! 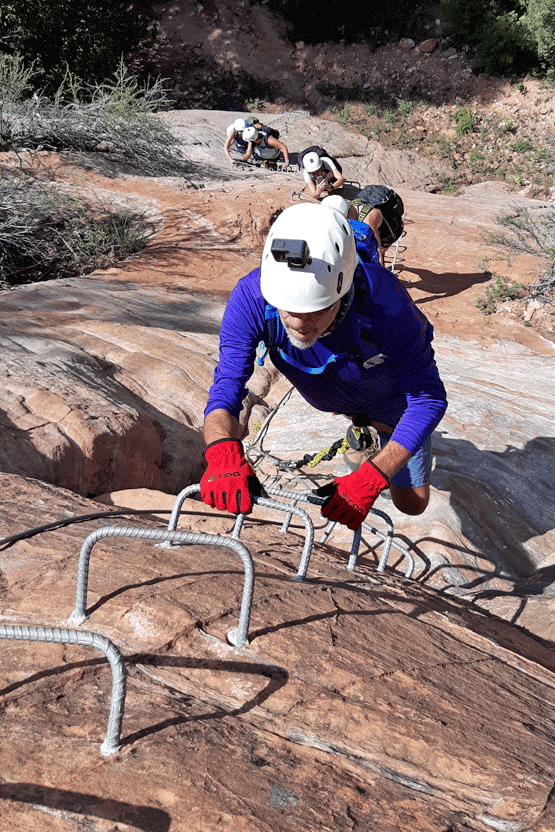