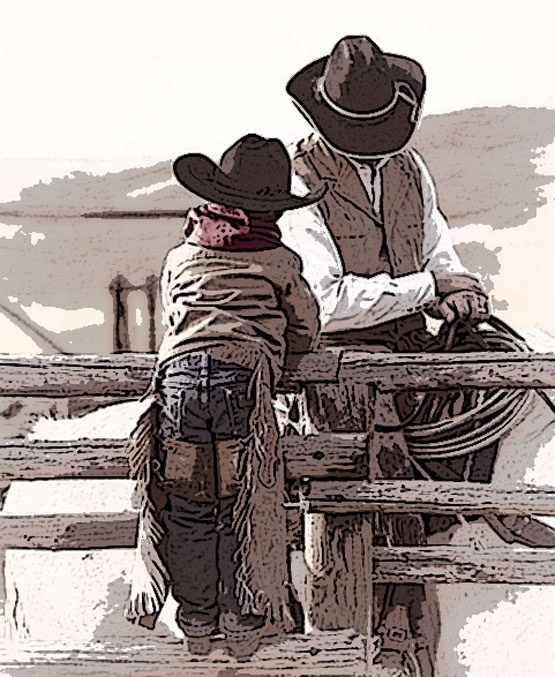 I saw something again today I’ve seen several times before out here in the more rural regions of the country. Father and young son (about ten years old) dressed almost identically, from hat to boots. Rancher wear.

It makes me wonder if the boy admires his father and wants to emulate him, or if it’s just what every male in his cultural circle wears, or if he had no say about his wardrobe. The pair were interacting pleasantly, so I like to think he wants to be like his old man.

I, on the other hand, didn’t want to dress like my father. It would’ve meant wearing the uniform of a middle-aged federal employee. A suit and tie. No suit on Saturdays, but no jeans and T-shirts either. It would be chinos and a sport shirt. Then back into a suit on Sunday. That would’ve meant about 80% of my waking hours in a suit. 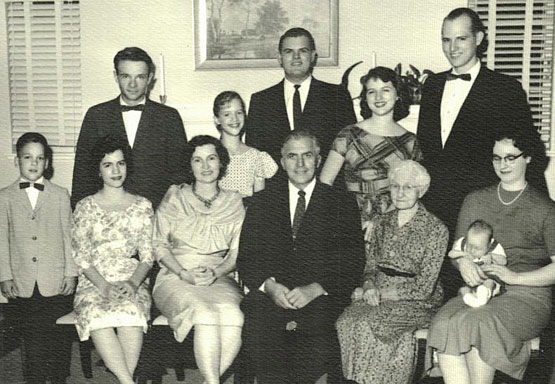 I mean, look at me, the little boy on the far left.
Do I appear to love wearing that outfit?

But that was the version of Dad I grew up with. Decades before he was a rugged outdoors guy, working in the mountains as a road surveyor, living in tents, riding horses, and looking like this:

No suits then. I probably would have wanted tall lumberjack boots just like Dad’s.