I'd originally had other plans for the righthand compartment of the cabinet I built. Instead, it became storage for things like paper towels, toilet paper, cereal and spaghetti sauce. That meant unstacking things to get what I wanted, or restacking things after they tumbled from the motion of the van. And some things just don't stack well. Potato chips, for example. 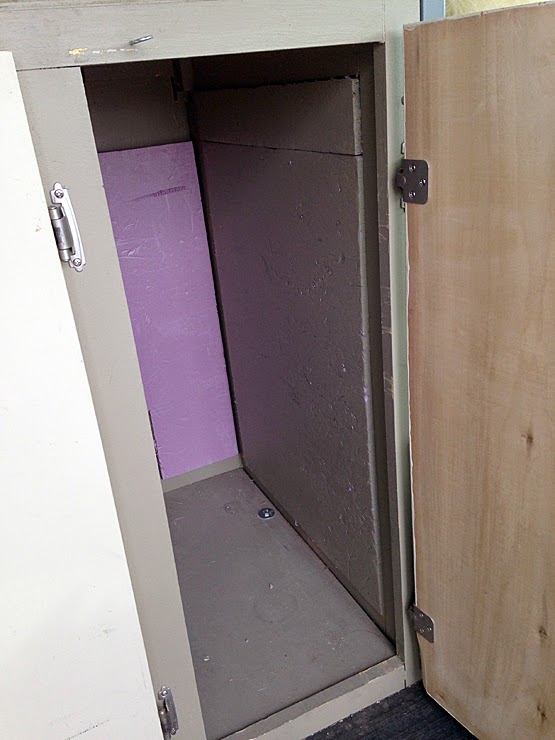 "I need to add shelves," I told myself.

Well, one of the advantages of meeting up with other members of the van dweller tribe is that someone (usually Mark) will have the necessary tools. And the inclination to help. What could have been days of fumbling became a painless two-hour job—with most of that time devoted to measuring (twice, of course) and painting. 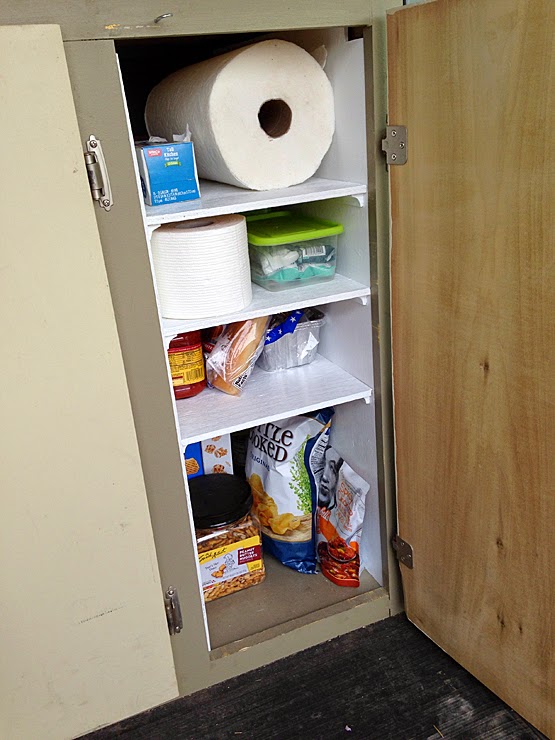 Don't get me wrong. I'm not so self-serving and opportunistic that I get together with friends only when I need favors. Or someone else's cooking. It's a great side benefit, though. And I pay the kindness forward when I can. What do you need?