I’ve been staying at a friend’s place in semi-rural Oregon. More specifically, in a corral that’s no longer used. I need to pass through a fourteen foot wide gate to get in and out of the corral. Driving in? Piece of cake. Backing out? Ummm…

I’ve never had great backing skills. Even when I was driving small cars with lots of rearward visibility. I watch people back large vehicles smoothly and quickly into tight spaces, and I marvel. I hate backing out of spaces in parking lots, so whenever I can I get spots where I can drive out forward. You could asked me to back a Smart into an empty 747 hanger and I’d creep slowly, making a bunch of course corrections, worried I might swerve off and hit something—which would increase my odds of swerving off and hitting something. 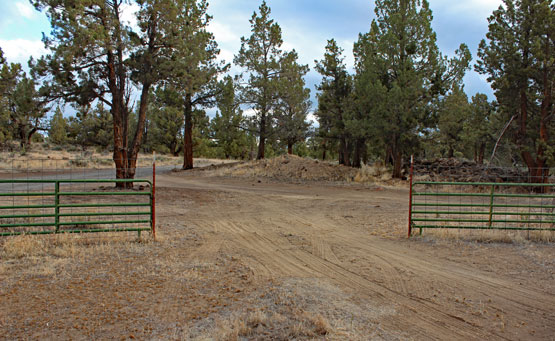 My brain just isn’t wired for backing. In the mirrors, on the backup camera, or with my head out the window looking back, that fourteen foot wide gate looks only a few millimeters wider than my six foot wide van. Did someone narrow the opening during the night? I feel like one microscopic turn of the steering wheel the wrong way and I’ll rip off the side of the van, even though the rational part of my brain is telling me otherwise.

“Dude, the opening is more than twice as wide as the van. And you drove straight in. So if you just leave the steering wheel alone you can back straight out in the same tire tracks you made coming in.”

“Calm down. That tree is in the next county.”

But I’m getting better each time. Practice might not make perfect, but it makes me less annoying to myself.