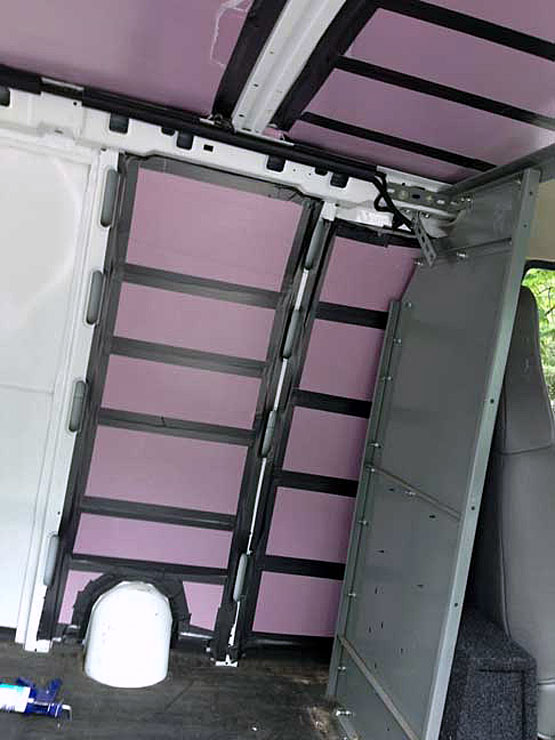 Back before the Rolling Steel Tent had a name, I installed about 1.75 inches of extruded polystyrene in the walls and 2.25 inches in the roof. It has worked well. Sometimes too well. Like this morning.

It was in the eighties yesterday here in Oregon but it cooled off considerably during the night. Even though the sun had been up a couple of hours by the time I dragged myself out of bed, the van was still holding onto that cool night air. And right now, at 8:53AM PDT, the internal temperature is still tracking about ten degrees cooler than outside. That will be great later on when the sun is beating down, but right now I have my quilt draped around me. Excuse me while I step out into the sun for a while.