Wherein I disgust some Italians

A few years ago I saw a video where they made marinara sauce (or something similar) then just dropped the raw pasta in the pot, cooking it in the sauce instead of water. It made perfect sense to me. Why waste all that water and the fuel to boil it? Why not let the pasta soak up as much flavor as possible from the sauce? So I did a variation of that this evening.

I started by cooking Italian sausage in my pot. (I love it when I can get a single sausage from the butcher instead of needing to buy a four pack.) When it was done I transferred it to my bowl. Then I poured some Newman’s Own on it. The heat from the sausage helped warm the sauce. Then I added water to the same pot and let it boil with the grease and other goodies from the sausage still in there. 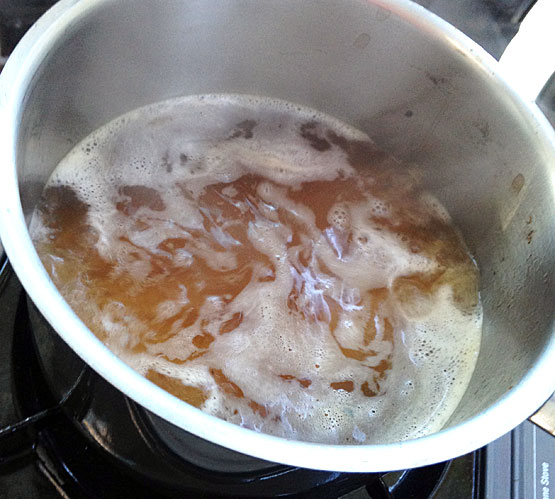 When the brownish sausage-water was ready I threw in some angel hair pasta (which I had broken in half first to better fit the pot). When it was done I forked it into the bowl. The hot pasta warmed the sauce and sausage some more.

If I had been camped in the boonies instead of a marina parking lot, I would’ve drained the water in the fire ring or on the ground. Instead, I walked the pot over to the restroom and emptied it in the toilet. Gotta act civilized sometimes.