The old question has been, “How do you install a vent on a van roof that has ridges? How do you make sure it doesn’t leak?” Up until now the answer had been kind of sketchy sounding, involving layers of butyl tape and a crap ton of sealant. But it worked.

Well, now someone has come up with a much better answer: a precision machined adapter designed for your model of van. 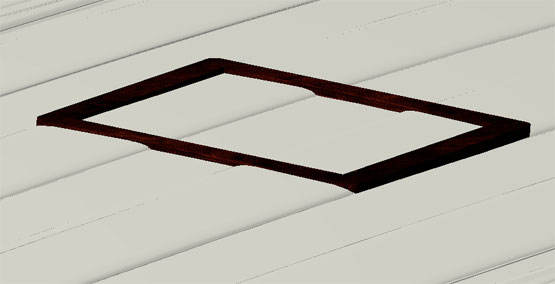 Patent Pending adapter matches the contour of the OEM roof so a standard RV style vent mounts to a flat surface.  Prevents distorting the roof sheet metal or vent flange and can be used as an aid for locating the fan. They are CNC machined out of UV and fire resistant expanded PVC. The fan mounts to the outside adapter.  Fan adapters work with the Maxxfan Deluxe series and the Fan-tastic Vent fans.

This would’ve saved me a lot of anxiety if it had existed back when I installed a vent fan. But how did it come to exist? Was an enterprising, creative, engineering type person converting a van? Has #vanlife reached some type of critical mass?