Not just a meme

If you’re at all involved in what the kids call #vanlife, or if you just have a dark sense of humor, you’ve seen pictures of the creepy Free Candy van. Well, here’s the story behind it. 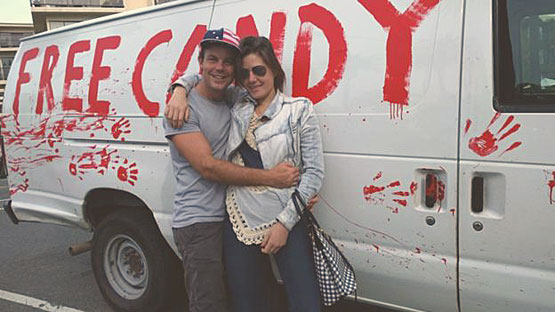 The van was created by Australian Ron Jacobs who, like me and other nomads, chucked his old life to wander the American West.


"Life. Work. Family. The whole shebang," he said. "All at the same time ... I ended up picking up my savings and chasing my dreams."

Those dreams involved a "big international adventure", so he left to travel the American southwest and camp out while skydiving, windsurfing and attending music festivals.

Rather than live in a tent, Jacobs decided it would be better to buy a second-hand van, but knew he was trading comfort for the stigma associated with being a strange man in a white, windowless van.

Instead of shying away from the image, he decided to play up to it by going over the top.

"I was just kind of thinking, like most things in life that you can't change ... what you can do is embrace it and celebrate it," Jacobs said.

Jacobs recently sold the van—and the intellectual property associated with it. May the new owner keep the meme alive.