One of the big advantages of the van dwelling life is that I can move. If the weather, the bugs, the location, the people, the vibe, the whatever aren't to my liking, I can go somewhere else.

So I left Brantley Lake and drove west, over the lovely Sacramento Mountains, through Alamogordo, and south to Oliver Lee Memorial State Park. It's at the foot of the mountains, looking across the White Sands basin to the Organ Mountains on the other side. 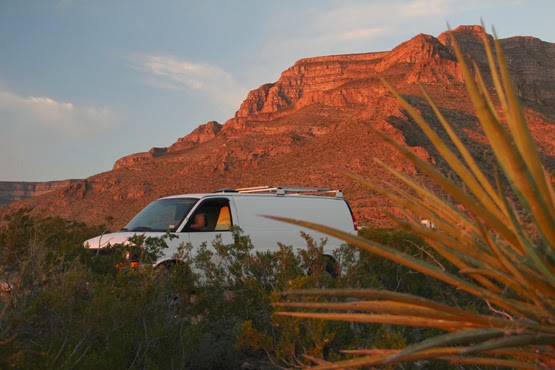 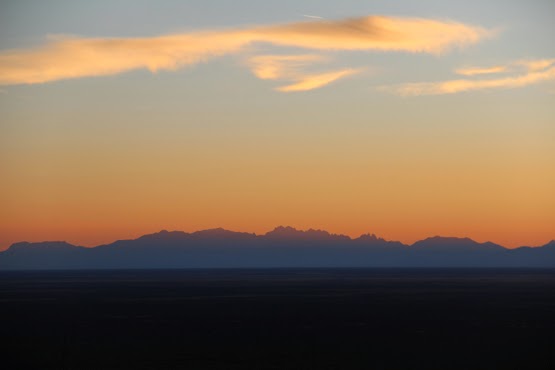 Oliver Lee is a small park, and right now it's only a third full. Unlike most New Mexico parks, it's not water-centric. No lake, no river. Just its intrinsic desert beauty.

The park is democratic in its distribution of campsites. The ones without electricity and water aren't ghettoized off in a separate part of the park. Some of the high-rent sites don't have shelters, some of the cheap sites do. (I have one of those.) All have tables and fire rings. There are flush toilets and roomy showers. There has been no rain since I've been here and last night was a perfect sleeping temperature.

One small drawback, being at the foot of the mountains, is that the sun doesn't hit my solar panel until later in the day. I get to watch the light illuminate the Organ Mountains, though, then creep across the flats. It's coming. And I'm staying.