An experiment in traditional gender roles 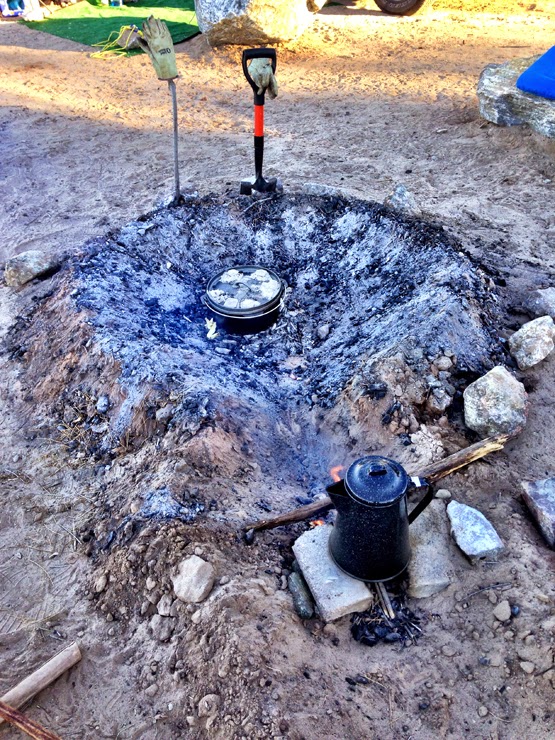 Lesa lived several years with the indigenous people of Costa Rica, where she cooked daily on wood fires.
You can tell she knows what she's doing.

My platonic friend, Lesa, had cooked some sweet potatoes in her new Dutch oven and was eager to use it some more.

"How about some stew?" I suggested.

"Oooo, that would be great. And easy," she replied.

I didn't butcher a cow or hunt the vicious chorizo. I bought it. But that still counts as putting the meat on the table, right? Man's work. Feel the testosterone.

Then she cooked it up. Woman's work. Or so some people claim. 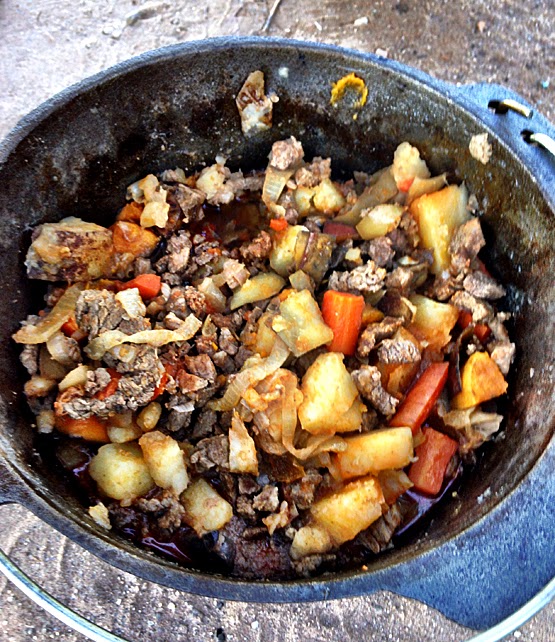 Then we ate it, which is everyone's job. It was mighty tasty. The chorizo gave it that extra something that made it more than just stew.

The leftovers are sitting in my fridge, since Lesa doesn't have one. She's welcome to them any time.

Really, though, I'm no fan of traditional gender roles. Each person has things they're good at, things they enjoy doing. It's silly to assign responsibilities according to the genitalia one happens to be born with. You could end up with a lot of people expected to do things they have no talent for. I wouldn't have felt emasculated if Lesa had bought the ingredients and I cooked them. It's just sharing, just doing what works. And enjoying the results.