Mars over the Mojave 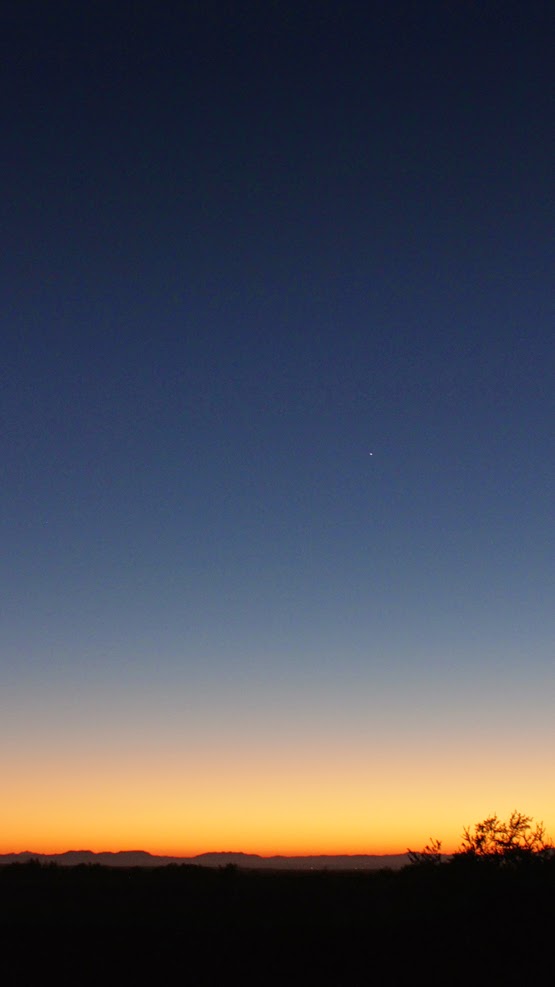 Decades ago, when I was a young pup starting my advertising design career, highly stylized air brushed illustration was the cool thing. One thing those illustrators struggled with was creating a perfectly seamless cloudless sky sunset. The gradation from gold to blue and just the right shades in between drove them crazy.

Even harder, though, is taking a photo of that. Film chemistry, and now digital sensors, can only approximate it. And that's with the super-high-end cameras. My camera has far more modest capabilities. So this photo is an approximation of an approximation.

And that 1-pixel white speck about half way up, right of center, is Mars. Or a very distant approximation of it.