Go to bed with one plan, wake up with another

Then change that plan on impulse. I thought I was going to drive from Moab to Monument Valley. But as I approached the turn to the Needles section of Canyonlands National Park, I thought, "Why not?"

Canyonlands is divided into three areas by the Y of Colorado and Green rivers. The previous post was from the Island in the Sky area in the north. Needles is the name they've given the southeast area, because of a cluster of hoodoos. The drive in, particularly in the early morning, with sunlight filtered though thin clouds, was quite sublime. Across rangeland, down into a cottonwood filled canyon, out in to an expansive vista of escarpments and buttes... and you're not even to the park yet.

In the afore-mentioned canyon is Newspaper Rock, a mass of petroglyphs. Hmmm, there's some inspiration for future tattoos. 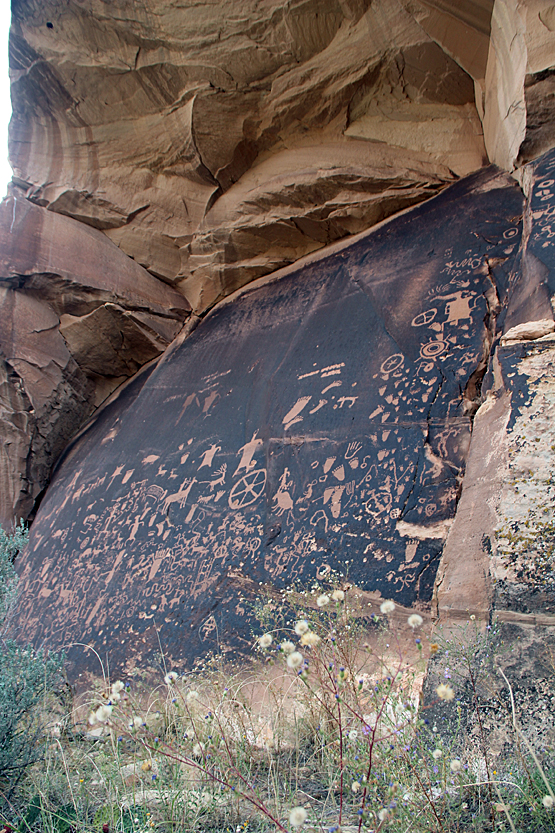 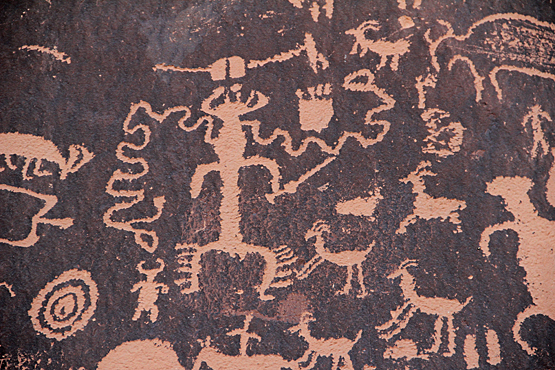 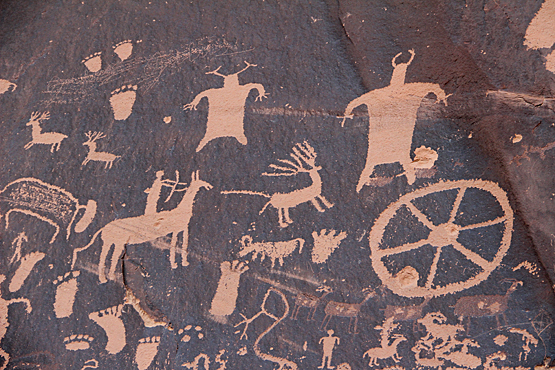 Even as I drove around the park, my plan was to continue on southward. I figured I'd check out the campgrounds, though, for future reference. Then, "Hey, that's a nice site. And it's vacant." New plan. 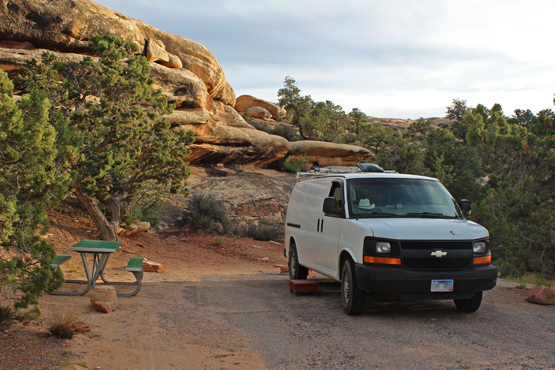 There was a trailhead a few yards away, so I went for a stroll. 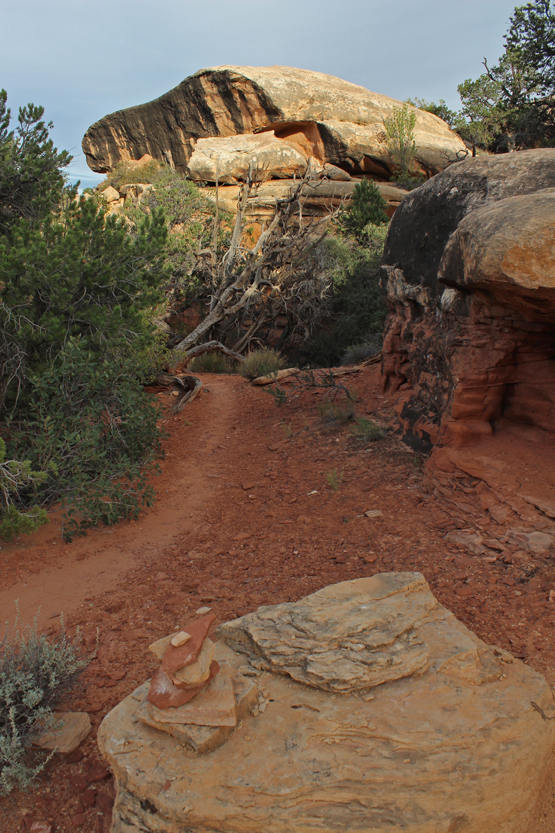 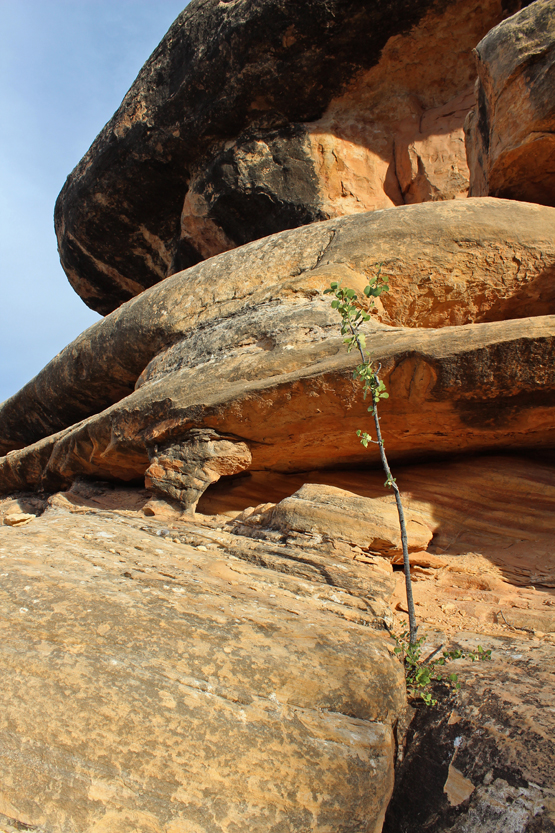 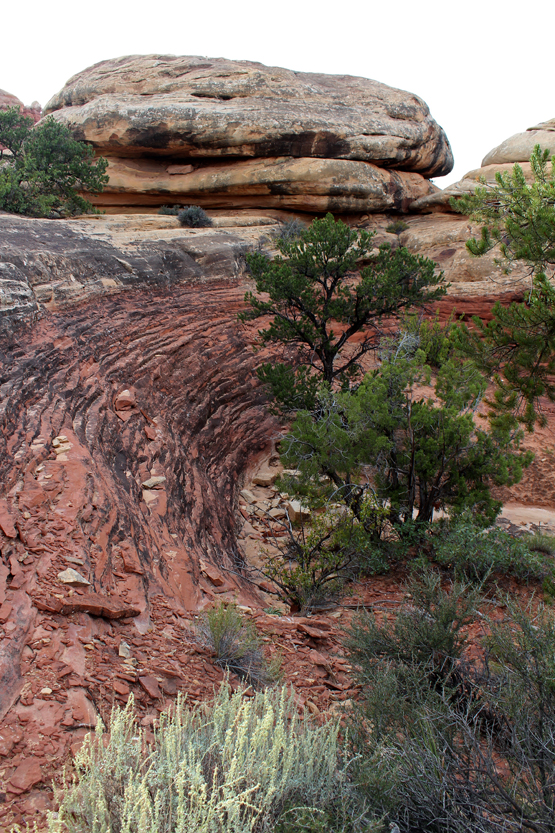 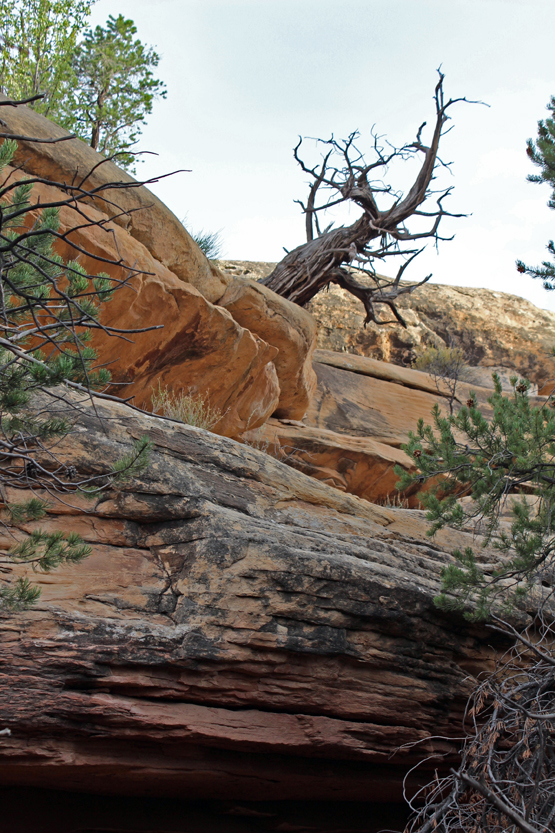