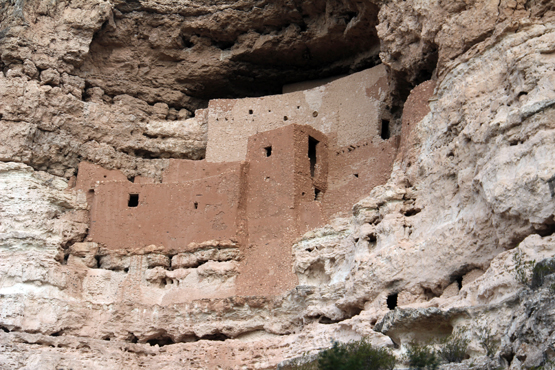 Montezuma Castle was given its name by imaginative, but uninformed, European-Americans. Even if Montezuma had ever made it to central Arizona, this pueblo, built by the Sinagua peoples, predates him by several centuries. Sinagua is also a name invented by white Americans. Scholarly ones, though. Sin agua is Spanish meaning without water. However, ancient settlements were always located near some reliable source of water. Beaver Creek and the Verde River, in this case.

I learned this and more from a presentation by one of the rangers. For example, the Sinagua ranged from about Durango, CO to Durango, Mexico, and from Las Vegas, NV to Las Vegas NM. They were renowned weavers of cotton. They mined salt. And they had parrots they'd acquired via trade. B-w-a-a-a-k! 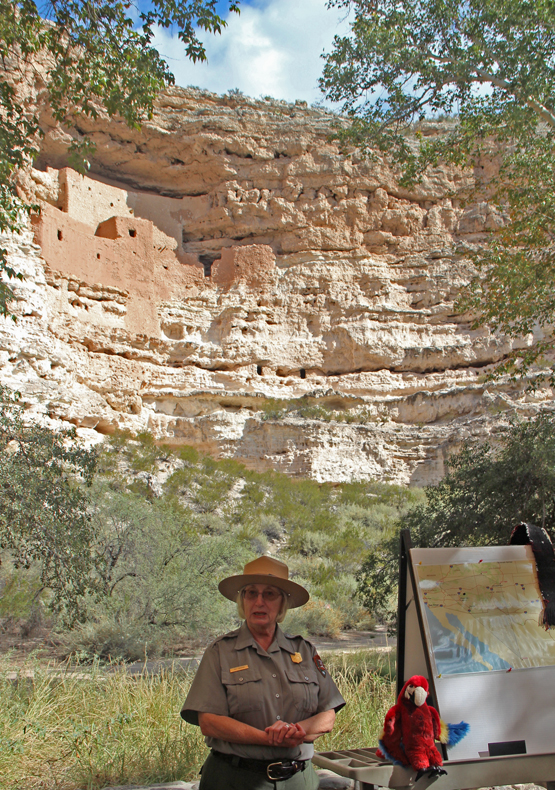