Today's plan was to make a loop through the Colorado Rockies (not the baseball team). I'd go from Cortez to Telluride to Ridgway to Silverton to Durango and back to Cortez. It started out great. And the weather was perfect. Highway 145 follows the Dolores River, the banks of which are lined with cottonwoods. The road climbs slowly into elevations where the leaves have turned golden. The going gets steeper at about Rico until reaching Lizard Head Pass at 10,000 feet. 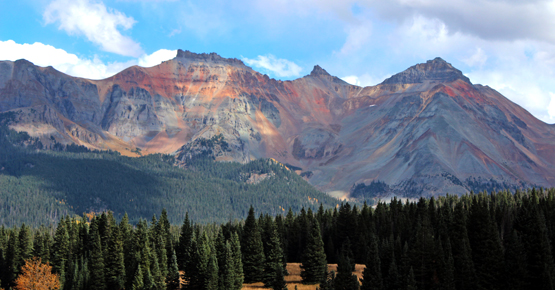 Telluride is one of those former mining towns that found new life as an outdoor sports destination (primarily skiing). The money came in and drove out most of the mountain men. I like it better than, say Aspen or Park City. It still has a bit of alternative culture going for it. 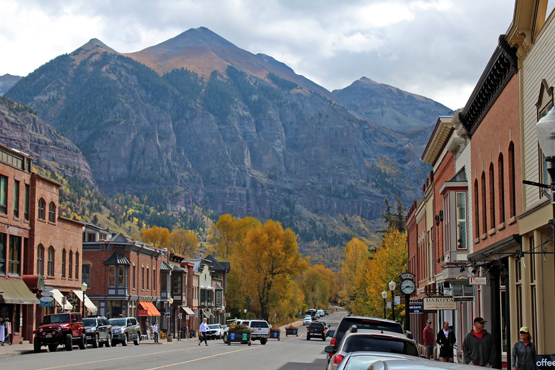 All along the drive were amazing views and brilliant fall color. There was no way I could have stopped to photograph everything. I'd still be up there. A monkey wrench was thrown in my loop plan. Construction at Red Mountain Pass, between Ouray and Silverton, had the road closed weekdays until 6:00PM. I didn't want to twiddle my thumbs and then get stuck behind all the other people who'd been waiting for the pass to reopen, and then see most of the rest of the loop in the dark, so I turned around and returned the way I'd come. It was just as beautiful the second time. 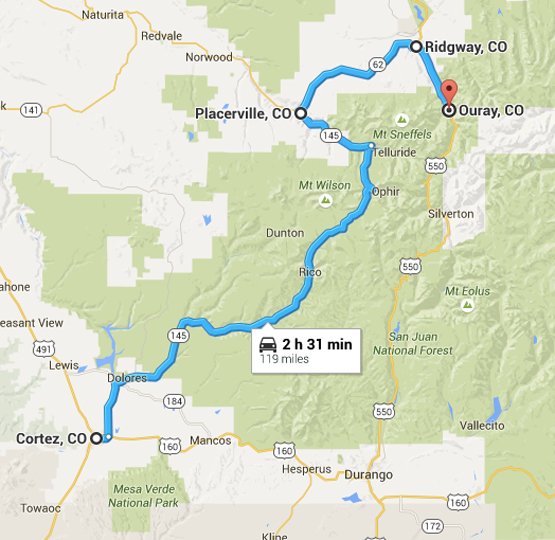 Not a loop; sort of a hooky worm thing