A few weeks ago I got stuck on a wet, muddy road. Luckily I was near Bob Wells and he was able to rescue me from my stupidity. 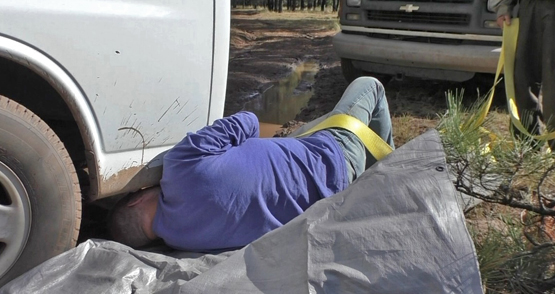 Good thing I had a tarp

The process would have been easier if I'd had a trailer hitch. Just loop the tow strap over the ball, or clip it to the safety chain holes, then pull. Instead, I had to get in the position shown above and loop the strap around a spring mount, sort of one-handed. 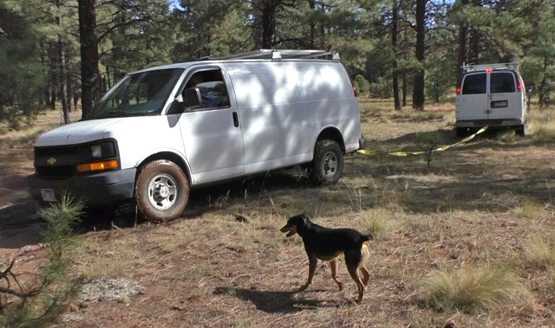 Since that ignoble day, I've considered getting a trailer hitch. Not that I would ever want to tow anything, but it would simplify any future rescues. Or I could rescue others. But a hundred-something bucks is a bit much for something I hope I'll never need. So I thought about alternatives.

These days, most cars have a steel loop welded to the front and rear for tow straps or cables. And there are usually four sturdy plates with holes near each corner of the undercarriage that are used to anchor the cars in transport ships and car carriers. My van had neither of those. But it gave me an idea.

What about a big-ass eye bolt? I could use the holes that are already in the chassis, the same ones a hitch would bolt to.

I figured someplace that catered to users of heavy machinery might have what I wanted. So I went to Tractor Supply in Yuma. Sure enough. A big-ass eye bolt, 5/8" thick. They also had extra nuts and some washers.

The existing holes weren't large enough, so I drilled one out. Chevrolet was thoughtful enough to put slots in the frame rails so not only could I get washers and the nut on the end of the eye bolt, but so I could also get a wrench in there. 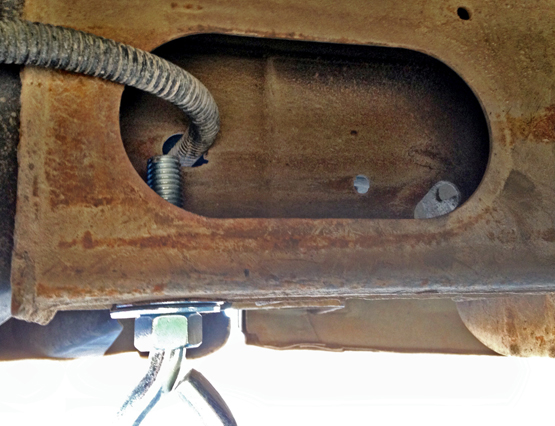 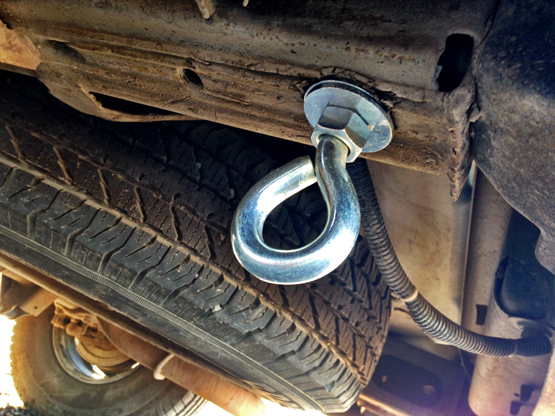 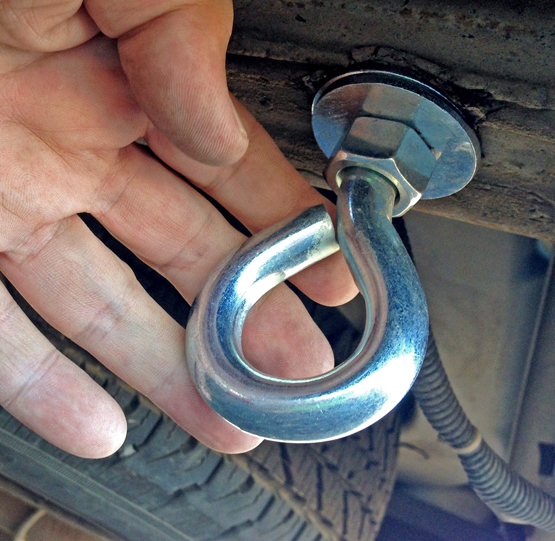 Will it work? Will it be strong enough? I hope to never find out. (Yeah, right, that's what I said the previous time, when I had to be pulled out of sand.) But if it fails, I spent only $7.36 on it. And I can always do what I did last time.