The state steps in at the Steps

I never got the definitive story behind the boondocking area near Parker Dam, Arizona, known as the Steps. Word had it that the hills had been terraced for an RV park, and then the developer either went bankrupt or got caught in a swindle that left ownership of the land in dispute. Boondockers discovered it and moved in. I spent a week or so there in December of 2013. I think some others I know were there last winter, too. But no more. 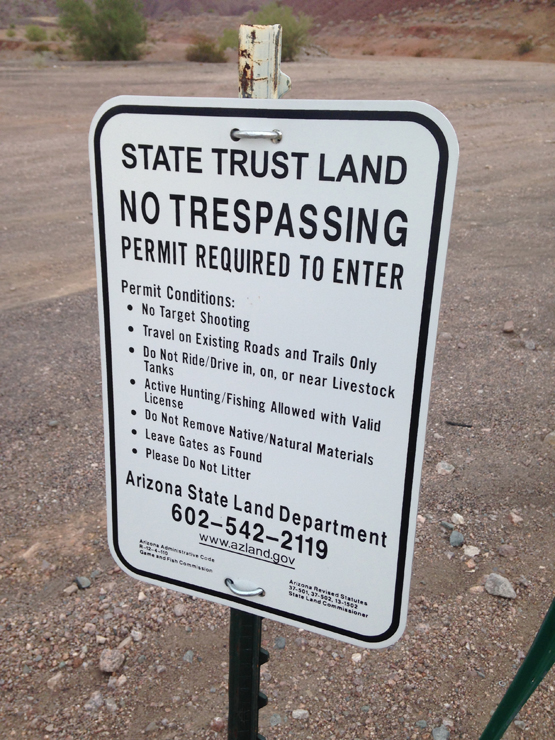 The place was deserted when I drove by on my way to Lake Havasu City yesterday. There was a brand new sign, though. The state has taken possession and kicked the riff-raff out.

Maybe camping is allowed with a permit. I don't know if it's worth the trouble, though. Before, there was no enforcement, no stay limits. Whee! Freedom! I imagine the permit would impose limits of some sort.

Oh well. The Steps wasn't one of my favorite places anyway. A numbingly cold wind howled through there. And it's inconveniently located to both Parker and Lake Havasu City.